Former Congress president Rahul Gandhi targeted the Centre on Monday over the fuel price hike by saying that one should beware of "pickpockets". 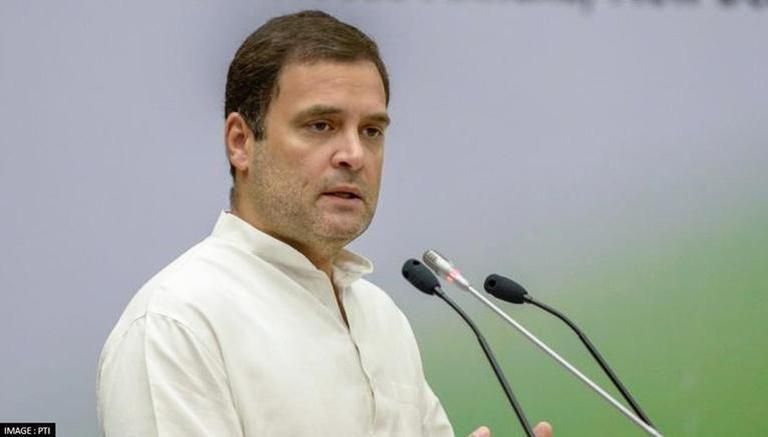 
Amid rise in fuel prices across the country, former Congress president Rahul Gandhi targeted the Centre on Monday over the price hike by saying that people should beware of "pickpockets".

The ex-Congress chief took to Twitter and said, "Beware of pickpockets," and used the hashtag "#TaxExtortion". In the same tweet, he added a report that said the petrol prices in some states have crossed ₹120 per litre and that the Centre collected ₹2.3 lakh crore in 2018-19 and ₹2.58 lakh crore in 2017-18 by way of fuel taxes. 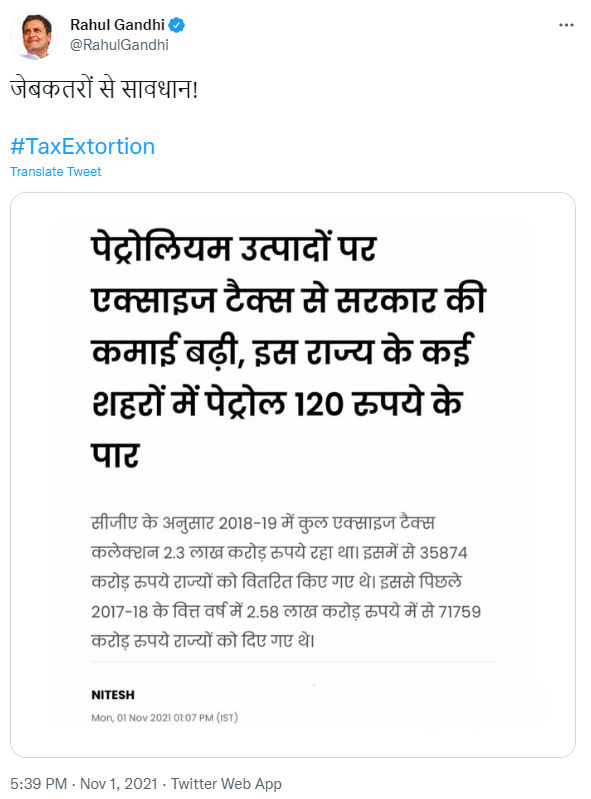 On Monday, November 1, the rising trend in diesel and petrol prices persisted. After a brief halt on October 25 and 26, petrol and diesel prices were raised for the sixth consecutive day. According to state-run Oil Marketing Companies (OMCs), the prices of gasoline and diesel have been raised by 35 paise each.

People seem concerned about the recent, continuous fuel hikes. Costs of most other commodities have already risen due to the increase in petrol and diesel prices. This is because freight expenses rise in sync with the price of petrol and diesel. Petrol prices in Delhi, the national capital, has risen to as high as ₹109.69/litre. This was a 35-paise increase from the previous day, Sunday, October 31. One litre of diesel, on the other hand, cost ₹98.42 in the city. This was also a 35-paise increase.

Following the latest price hike on Monday, petrol in Mumbai was priced at ₹115.50 per litre. This is a new high in the metropolitan city after a 35 paise increase. Meanwhile, the situation with diesel rates was identical too.

READ | In Goa, after lunch at a local eatery, Rahul Gandhi rides motorcycle taxi to resort