Rahul Gandhi Meets Lalu Yadav At AIIMS, Enquires About His Health From Doctors

Rahul Gandhi on Friday met RJD supremo Lalu Prasad, who is admitted in AIIMS here after suffering multiple fractures due to a fall, and enquired about his health from doctors. 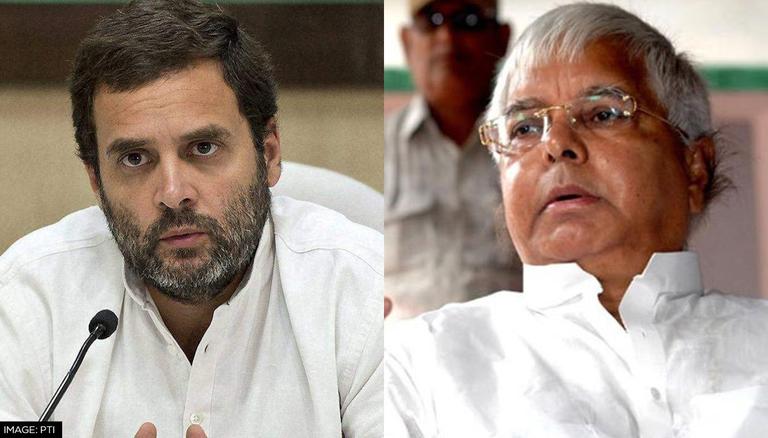 
Congress leader Rahul Gandhi on Friday met RJD supremo Lalu Prasad, who is admitted in AIIMS here after suffering multiple fractures due to a fall, and enquired about his health from doctors.

Former Bihar chief minister Prasad on Wednesday was brought to Delhi in an air ambulance.

The 74-year-old former Bihar chief minister was brought to Delhi accompanied by a team of doctors and his eldest daughter Misa Bharti, a Rajya Sabha MP who is also an MBBS. His wife Rabri Devi and younger son Tejashwi Yadav reached Delhi before Prasad was moved in the air ambulance to oversee the arrangements in the national capital.

Earlier this week, Prasad's son Tejashwi Yadav had said that his father's condition had shown “improvement”, but the decision to take him to Delhi was taken in view of the fact that he had been under treatment of doctors at AIIMS who knew his medical history better.

Out on bail in fodder scam cases, Prasad had last month obtained permission from the Jharkhand High Court for travelling abroad, preferably Singapore, to get a kidney transplant.

On whether it would be possible to go to Singapore, Tejashwi Yadav had said if in two-four weeks he can undertake international travel "we may take him to Singapore." PTI ASK ASK DV DV