After five days of the ED interrogation, Congress leader Rahul Gandhi on Wednesday, June 22, stressed that 'ED and such agencies don't affect him'. 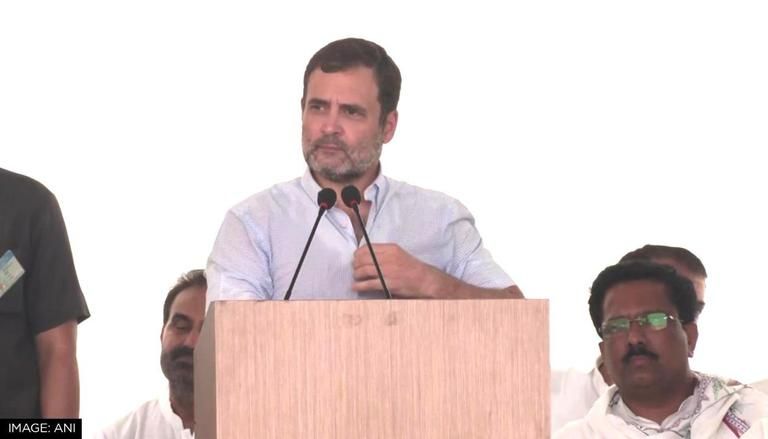 
After five rounds of Enforcement Directorate (ED) interrogation in connection with a money-laundering case, Congress leader Rahul Gandhi on Wednesday, June 22, stressed that 'ED and such agencies don't affect him'. Earlier on Tuesday, the Congress leader was quizzed for 10 hours by ED in the National Herald money laundering case.

"ED and such agencies don't affect me, even the officers who interrogated me understood that a leader of the Congress party can't be scared and suppressed", Congress leader Rahul Gandhi said.

ED and such agencies don't affect me, even the officers who interrogated me understood that a leader of the Congress party can't be scared and suppressed: Congress leader Rahul Gandhi pic.twitter.com/950v7fBxpj

The Wayanad MP has spent more than 50 hours over five sittings, with the investigators questioning him over multiple sessions and recording his statement under the Prevention of Money Laundering Act.

Speaking of the Centre's Agnipath recruitment scheme, Rahul Gandhi said, "They are weakening the Army of the nation & they say they are nationalists. PM Narendra Modi will have to roll back the Agnipath Scheme. The young in India are aware that true patriotism is required to strengthen the nation. We'll make sure the scheme is repealed".

He further lashed out at the BJP for making false promises over 'one rank, one pension', as according to him there's 'no rank & no pension'. "The young will toil hard and will go back to their homes. Once they retire, they won't get any employment", he added.

READ | BJP hits back at Congress ahead of Rahul Gandhi's 4th round ED probe; 'Law equal for all'

The Centre on Tuesday, June 14, unveiled its new Agnipath scheme for recruiting soldiers for a four-year period.

Currently, the shareholding pattern and financial transactions have been investigated by the ED. The role of party functionaries in the functioning of the AJL and Young Indian Ltd (YIL) is also under the scanner.

As per BJP MP Subramanian Swamy's allegations, the Gandhis cheated and misappropriated funds, with YIL paying only Rs 50 lakh to obtain the right to recover Rs 90.25 crores that AJL owed to the Congress. Earlier, he had filed a complaint with a Delhi court. While the ED also registered a fresh case under the Prevention of Money Laundering Act (PMLA) after the court took cognizance of an Income Tax Department probe against YIL based on Swamy's petition.

In April, senior Congress leader Mallikarjun Kharge and Congress Treasurer Pawan Bansal were questioned by the ED in New Delhi in connection with its money laundering probe into the National Herald case. It is to be noted that Bansal is the Managing Director of AJL and Kharge is the CEO of YIL.

READ | Rahul Gandhi to not receive further summons after 5th round of grilling from ED: Sources