As Rahul Gandhi made some startling inferences on the India-China ties, the Congress MP got a befitting reply from his BJP counterpart, Mahesh Jethmalani. 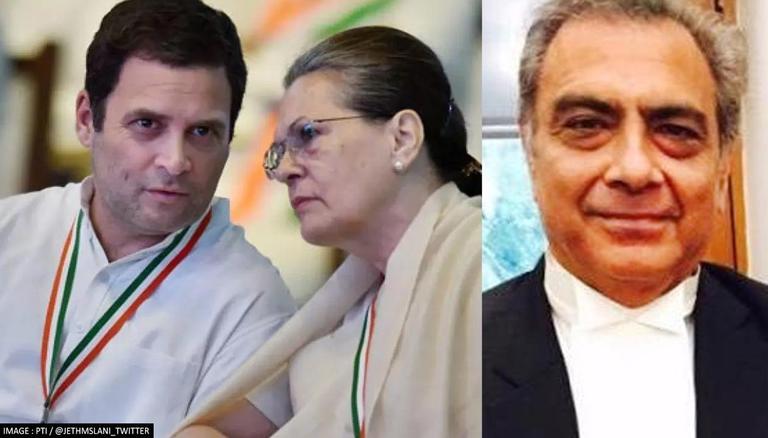 
Post Tawang clash, as Rahul Gandhi made some startling inferences on the India-China relationship, the Congress MP got a befitting reply from his BJP counterpart, Mahesh Jethmalani. Taking to Twitter, Jethmalani highlighted how Rahul Gandhi and Sonia Gandhi are quiet about the 2008 MoU signed with China, even as Rahul opines on the Indian Army being 'thrashed' by the Chinese, and India 'not being prepared' for a war with China.

Jethmalani pointed out that Congress was represented by then General Secretary Rahul Gandhi and an official of the Communist Party of China (CPC), which not only controls the Chinese government but runs that country in every sense of the word.

"India’s Judases selling her for some pieces of silver?" asked Jethmalani on the microblogging site, as he also mentioned Rs 1.75 crore, which he termed as 'greedily accepted charity' received by Congress'  Rajeev Gandhi Foundation  from the Communist Party of China.

On Tawang,Rahul Gandhi claims that the Indian army was thrashed and India is unprepared for war with China,while he and Sonia conceal the 2008 MOU they signed with the CCCP and greedily accept charity from the Chinese govt.India’s Judases selling her for some pieces of silver?

Speaking exclusively to Republic earlier in the day, MP Mahesh Jethmalani had buttressed his belief that the Gandhi scion believed in the Chinese more than the Indians, and said, "If he wants credibility, first he should explain whether the Rajiv Gandhi Foundation returned the Rs 1.75 crores that they received from the Chinese government through the Chinese embassy for which the FCRA license of Rajiv Gandhi Foundation was canceled by the government.

Earlier on December 16, Rahul Gandhi claimed that in Arunachal Pradesh, the Indian soldiers were getting 'thrashed' by their Chinese counterparts. "From what I can make of the current situation, China is not preparing for an incursion but a full-fledged war. The threat is clear but our government is ignoring the threat. The Centre is trying to hide facts from us but it won't be able to hide such things for long," said Rahul Gandhi.

The Wayanad Parliamentarian said that the government's approach is 'event-based'-- 'organizing one event here, one there'--- and added that when it comes to international relations and geopolitics, 'events don't work, power works'. "I have time and again warned them to be cautious, and understand what is happening. Their statements keep coming, I see the External Affairs minister talking, I should not say this, but there is a need for him to deepen his understanding of things," the 52-year-old said.