BJP claimed that some disgruntled MLAs were openly slamming the government till recently but later went to Udaipur in a chartered plane with CM Ashok Gehlot. 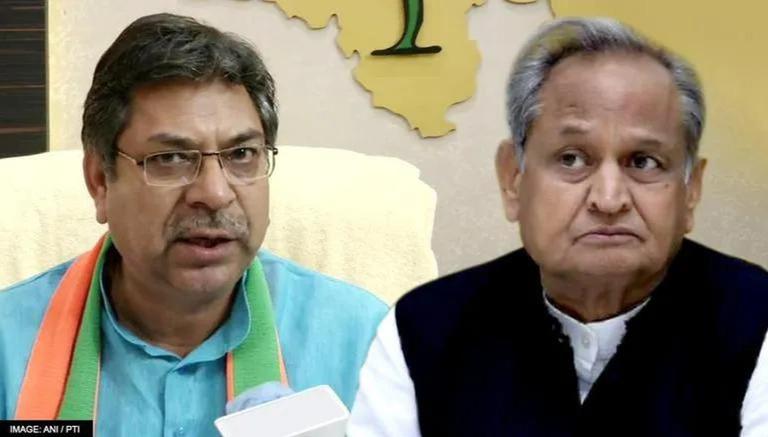 
Fearing horse-trading and the use of black money in the upcoming Rajya Sabha elections in Rajasthan, the Bharatiya Janata Party (BJP) has written to the Enforcement Directorate and the state's Chief Election Officer (CEO).

The saffron party claimed that some disgruntled MLAs were openly slamming the government till recently, but they later went to Udaipur in a chartered plane with Chief Minister Ashok Gehlot.

The ruling Congress has shifted its MLAs to a hotel, alleging poaching attempts by the BJP. However, the BJP leaders claimed that there are chances that temptations were given to the legislators.

The prime opposition in the state also expressed concerns that there could be black money in the hotel and demanded action on corrupt methods to ensure free and fair elections.

Congress complains to EC over horse-trading in RS polls

Earlier in the day, Congress Chief Whip and Water Resources Minister Dr Mahesh Joshi complained to the chief electoral officer over the possibility of horse-trading attempts. However, no person or party was named in the complaint. A similar complaint was given to the Anti-Corruption Bureau on Sunday.

Polls for four seats of the Rajya Sabha- the Upper House of the Parliament- will take place on June 10. Congress has fielded three candidates and BJP one. The saffron party has extended its support to media baron Subhash Chandra who is contesting as an independent candidate.

Chandra has the support of 30 BJP Members of MLAs and three of the Rashtriya Loktantrik Party (RLP) and is short of eight votes to win the contest. With 71 seats, BJP will win one seat.

Meanwhile, the grand old party said that it has the support of 123 MLAs, including 12 independents and two from CPM. It will need three more votes to bag the third seat.