Delhi Chief Minister Arvind Kejriwal on Saturday appealed to the people of Rajinder Nagar to ensure victory for AAP candidate Durgesh Pathak in the June 23 bypoll and promised to solve the water shortage issue in the assembly constituency. 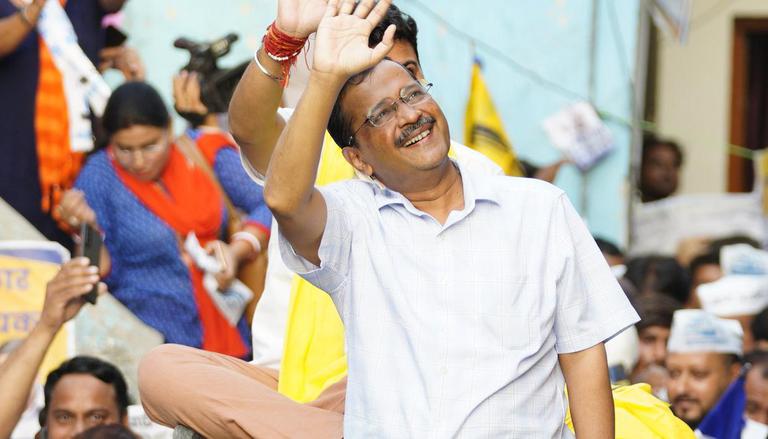 
Delhi Chief Minister Arvind Kejriwal on Saturday appealed to the people of Rajinder Nagar to ensure victory for AAP candidate Durgesh Pathak in the June 23 bypoll and promised to solve the water shortage issue in the assembly constituency.

Campaigning for his party candidate for the second consecutive day, the AAP national convenor cautioned the people against voting for the BJP, alleging the saffron party does not know anything beyond "picking fights".

"You have to decide. Vote for BJP if you want confrontations here. Vote for the Aam Aadmi Party, if you want (development) work to happen here," Kejriwal said at a roadshow in Naraina. Kejriwal said his government has done a lot of work in education, healthcare and other sectors.

"I am aware that a lot of work is still pending here. I give you a guarantee that I will get all these works done. We will solve the problem of water (shortage) as well," he promised.

The AAP won the Rajinder Nagar assembly seat for the last two terms since the Arvind Kejriwal-led party came at the helm in 2015.

Vijender Garg Vijay won the seat for AAP in 2015. It was retained by the party in the 2020 assembly polls with Raghav Chadha defeating BJP's R P Singh by a margin of over 20,000 votes.

"I am thankful to you for the love and support that you extended to us in the last election. Make us win this time by twice the number of votes cast last time," Kejriwal appeal to the people.

A total of 14 candidates have filed their nominations with the BJP fielding Rajesh Bhatia and the Congress nominating Prem Lata. The bypoll to the seat was necessitated after AAP legislator Raghav Chadha was elected to the Rajya Sabha from Punjab.