Fearing horse-trading ahead of the election on four seats of the Rajya Sabha, the Rajasthan government lodged a complaint with the Anti-Corruption Bureau (ACB) 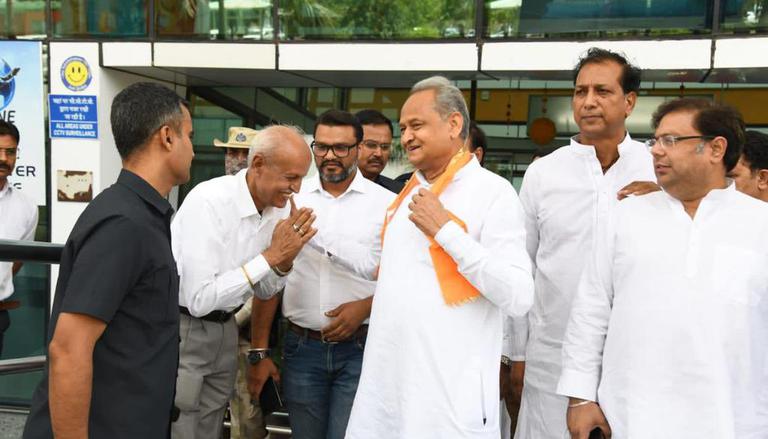 
Fearing horse-trading ahead of the election on four seats of the Rajya Sabha, the Rajasthan government lodged a complaint with the Anti-Corruption Bureau (ACB) on Sunday. The Directorate-General (DG) of the ACB of Rajasthan, BL Soni confirmed that a complaint has been lodged by the Rajasthan Congress chief whip, Mahesh Joshi, and affirmed that the state agency is on alert for any poaching of Members of the Legislative Assembly (MLA) that is to take place.

"If we get input of any kind, we will initiate action," DG BL Soni said while speaking to the media on horse-trading as nearly 70 Congress MLAs from Rajasthan camp at a hotel in Udaipur ahead of the elections. Several ministers, including Parsadi Lal Meena, BD Kalla, Mamta Bhupesh and some independents like Suresh Tak, are present at the hotel in the lake city.

Thereafter, these MLAs along with the Rajasthan Chief Minister reached the city of royal residences and joined their counterparts who had been housed there since Friday, June 3. On reaching, the CM addressed the media, saying, "As you can see, all of the members have come together. Together, we will win all the seats in the Rajya Sabha...I have no doubt about it. We have foiled BJP's plan."

The Congress has fielded three candidates - Mukul Wasnik, Randeep Surjewala, and Pramod Tiwari, for the upcoming Rajya Sabha polls. On the other hand, the BJP has nominated former minister Ghanshyam Tiwari and supported media baron Subhash Chandra, who filed a nomination as an Independent candidate. Congress leaders claim the support of 126 MLAs, including 108 of the party. It requires a total of 123 votes to win three seats.