Uttar Pradesh Chief Yogi Adityanath on Tuesday urged voters to place the Rampuri knife in the right hands as with them it will be used to protect the poor. 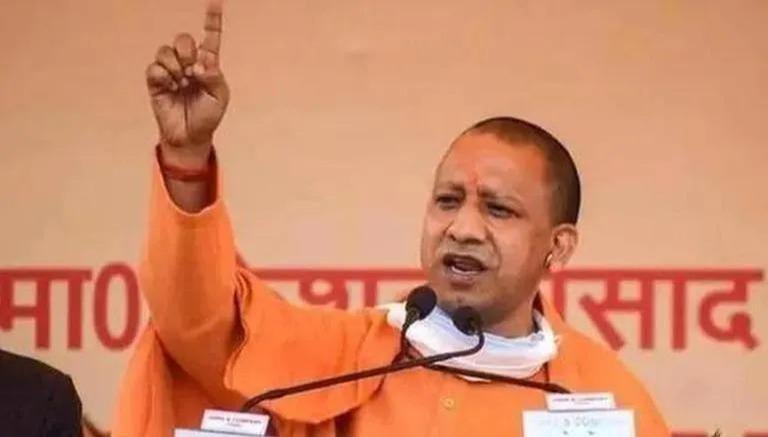 
Uttar Pradesh Chief Yogi Adityanath on Tuesday urged voters to place the Rampuri knife in the right hands as with them it will be used to protect the poor.

The chief minister said this addressing a rally ahead of the June 23 bypolls to the Rampur Lok Sabha constituency, a stronghold of Samajwadi Party leader Azam Khan, who vacated the seat after being elected to the state Legislative Assembly. Rampur is known for the knives it produces.

"It is up to you to decide whom to give the Rampuri knife. In the hands of good people, it will be used to protect the poor and downtrodden but wrong people will misuse it for looting and grabbing properties of the public," Adityanath told people as he accused the Samajwadi Party (SP) of land grabbing.

He urged people to vote for the BJP, which he claimed liberated the poor from those who grabbed their land.

"After coming to power, our government gave the land back to the poor and took action against such mafia," he said stressing that his government freed 640 hectares from criminals.

Adityanath said Rampur will not be allowed to become a den of anti-social elements. The district has its own heritage but some people made an attempt to destroy it, he alleged.

"If anyone will try to destroy its identity, then the public also knows well how to teach them a lesson," he said.

Highlighting the works done by the Centre and his government during the covid pandemic, Adityanath said the double engine under the able leadership of Prime Minister Narendra Modi provided free ration and treatment to people.

"We don't create problems, rather we solve them. This is the reason that India is being respected at the global level," he remarked.

In a veiled attack against the Samajwadi Party, he said they lost power but their "attitude" remained unchanged. "Those who were in jail got free treatment but they did not acknowledge it," he said in an apparent reference to Azam Khan, who spent over two years in a state jail after being booked in a number of case. Khan got bail recently following the Supreme Court intervention.

Adityanath also accused the opposition parties of misleading the youth on the Agnipath recruitment policy for defence forces. The CM appealed to the youth not to get misled by the opposition's propaganda against it, which he said is in their interest.

He declared the Bilaspur Sugar mill will be modernised soon and the government has already given its approval.

The bypolls to the Azamgarh and Rampur Lok Sabha seats will be held on June 23 and Tuesday was the last day of campaigning for it. The Samajwadi Party has fielded Azam Khan's close aide Asim Raja from Rampur against BJP's Ghanshyam Singh Lodhi.