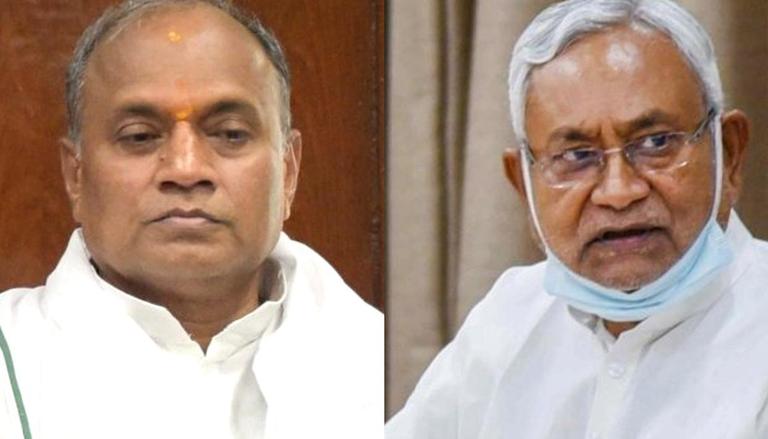 
On Wednesday, Janata Dal-United (JDU) leader and Union Minister RCP Singh rejected the allegations of having a rift with Bihar CM and JDU senior leader Nitish Kumar. Union Steel Minister RCP Singh, whose Rajya Sabha tenure will end next month, is reportedly having issues with Nitish Kumar over the renewal of his term in the Upper House of the Parliament.

RCP Singh said, "There is no difference with Bihar Chief Minister Nitish Kumar on any issue and today evening I am going to Patna."

Speaking to the media at his Delhi residence before the Cabinet meet, the leader said, "There is no difference with Bihar Chief Minister Nitish Kumar on any issue. The nomination was from May 24 to May 31 and today there is a cabinet meeting. Today evening I am going to Patna. From where do you guys bring these questions?"

The Union Minister also clarified that he had taken the oath as Steel Minister with the consent of Bihar CM Nitish Kumar. He said, "I have clarified this thing dozens of times and today I am saying again that it is a complete rumour. I had taken the oath with the consent of Nitish Kumar and I had also informed the national president. If I had taken oath without consent then he would have asked for resignation."

READ | Nitish Kumar calls for all-party meet on caste census in Bihar; likely to be on May 27

'My closeness with BJP is nothing new': RCP Singh

Answering the question about his close relationship with the saffron party BJP, the RCP Minister said, "This is my nature. Where I live, I live with honesty and dedication. My closeness with BJP is nothing new and try to understand, I have been with BJP since 1998 because, in Bihar, JDU- BJP has been together for many years. You thought earlier we were not close to BJP and now we are close?"

He further added, "In a democracy, discussions go on but you know our leader Nitish Kumar listens to everyone. I have clarified dozens of times that there are four parties in the NDA (Janata Dal (United), Bharatiya Janata Party, Hindustani Awam Morcha and Vikassheel Insaan Party) and all of them together come to a majority and have formed the government till 2025 and the people of the state have voted for the NDA. From where do you keep speculating that JDU-RJD has become closer?"