Sources have informed that two factions of MLAs warring over Pradesh Congress Chief Kumari Selja have been formed in the party's Haryana camp. 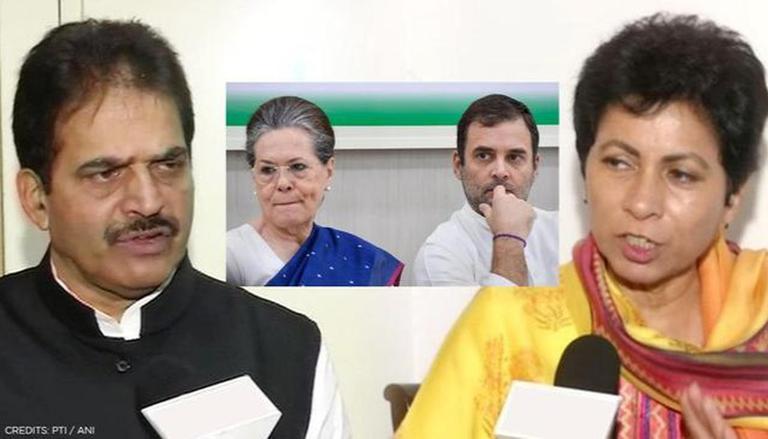 
With the crisis within its Punjab faction impending, troubles continue to mount for the Congress party as signs of a brewing rebellion emerge from its Haryana faction. Sources have informed that two factions of MLAs warring over Pradesh Congress Chief Kumari Selja have been formed in the party's Haryana camp. As per sources, 21 MLAs from Haryana are scheduled to meet Congress General Secretary KC Venugopal in the national capital on Monday to seek resolution of the issue.

This comes just days after 19 MLAs from Congress sought a 'strong leadership' for the party in the state, seeking a key role for former CM Bhupinder Singh Hooda. As per PTI, at the meeting on July 1 with party's Haryana in-charge Vivek Bansal in New Delhi, legislators raised the issue that Congress does not have district unit chiefs for the past eight years.

Meanwhile, PTI also reported that a senior Congress leader, who attended the meeting, said that the MLAs had sought a change in leadership at the Pradesh Congress Committee (PCC)-level" to strengthen the party. "It was conveyed that we need strong leadership in the state and a powerful leader who will swing the prevailing political circumstances in the state to the party's advantage. For this, a key role for Mr Hooda was suggested," the leader told PTI on Friday. In the Haryana Assembly, the Congress holds 31 seats whereas the ruling BJP-led alliance holds 55 posts out of the 90 seats in total.

However, Vivek Bansal maintained silence over the matter while speaking to media persons after the meeting. He remarked that the MLAs had not met due to COVID for a long time and hence, it was decided to take their feedback about the political situation in the state and seek suggestions about the party's organisational structure and upcoming panchayat polls. Similarly, Haryana Congress chief Kumari Selja too played down the murmurs of a leadership change and said that the MLAs can meet their party in-charge.

Congress yet to settle Punjab infighting

Disgruntled Congress MLA Navjot Singh Sidhu continues to be at loggerheads with CM Captain Amarinder Singh while the party leadership remains in search of an amicable solution ahead of the Punjab Assembly Elections in 2022. Sources have informed that Navjot Singh Sidhu is adamant on being appointed as the Punjab Congress chief and that nothing short of it will be acceptable to him. Earlier, as per sources,  the Punjab CM had offered to re-induct Sidhu into his Cabinet to resolve the impending crisis within the Congress faction in Punjab.

While the Congress High Command has maintained that Captain Amarinder Singh will remain the party's CM face in the elections, Navjot Singh Sidhu is reportedly vying for the top post after having been at loggerheads with the Punjab CM's administration over several issues, most importantly the desecration of the Guru Granth Sahib in 2015 and the subsequent shooting. However, it is important to note that Captain Amarinder is widely credited for having spearheaded his own win in the 2017 Punjab elections.