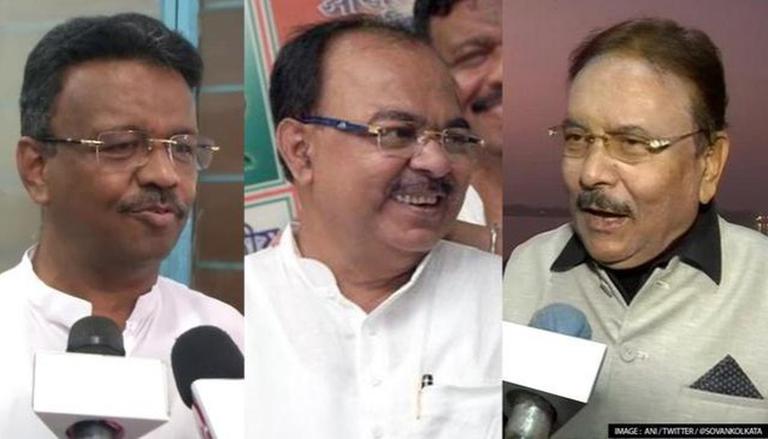 
In a big relief for TMC on Tuesday, West Bengal Minister Firhad Hakim, MLA Madan Mitra and ex-Kolkata Mayor Sovan Chatterjee were granted interim bail in the Narada case registered by the ED. The central agency had registered this case on 20 April 20 2017, under Section 4 of the Prevention of Money Laundering Act. On 1 September, it filed a charge sheet against Hakim, his Cabinet Colleague Subrata Mukherjee, Mitra, Chatterjee and IPS officer SMH Mirza.

It urged the court to award maximum punishment to them for their alleged involvement in money laundering. A day later. it filed a prosecution complaint against the aforementioned accused before the special PMLA court in Kolkata. While Hakim, Mitra and Chatterjee have been asked to furnish a bail bond of Rs.20,000 each, the matter will now come up for hearing on 28 January.

Ahead of the 2016 Assembly polls, some TMC leaders were accused of accepting a substantial amount of illegal gratification from Mathew Samuel leading to the registration of an FIR under Section 120B of the Indian Penal Code and Sections 7, 13 (2) r/w 13 (1) (a) and (d) of the Prevention of Corruption Act. While CBI initially arrested IPS officer SMH Mirza, he is currently out on bail. The arrest of Hakim, Mukherjee, Mitra and Chatterjee propelled a protest from TMC supremo Mamata Banerjee who demanded the unconditional release of these leaders and sat on a 6-hour long dharna with her supporters outside the CBI office.

Moreover, Law Minister Moloy Ghatak was continuously present in the court of the Special CBI judge when the accused were produced virtually. Granting interim bail to the 4 leaders, the Special CBI court took into account the Supreme Court's latest order on the decongesting of prisons as well as the fact that the agency didn't ask for their custody. However, the Calcutta High Court stayed the order and sent them to judicial custody till 19 May. Subsequently, it allowed them to be kept under house arrest and granted them bail on 28 May after hearing extensive arguments from both sides.