Congress MLA KR Ramesh Kumar has trivialised rape in the most shameful and filthy way, here's how to join India's biggest campaign to demand action against him. 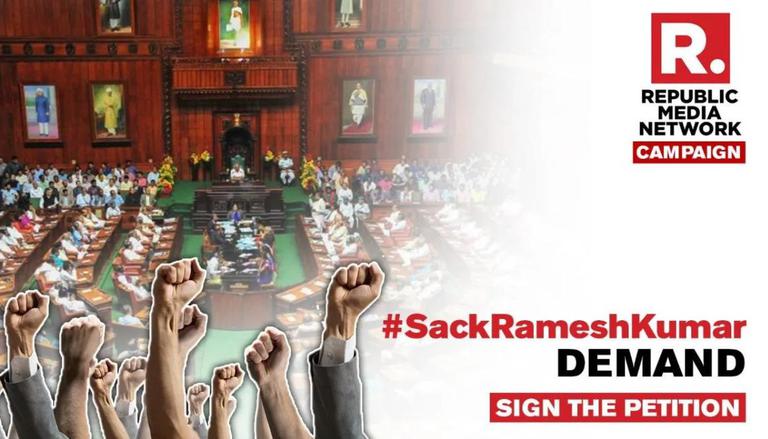 The Nation is aghast at the remark made by an elected Congress legislator who has trivialised rape by making a shameful and filthy remark in the Karnataka Assembly in front of elected representatives, and a concerted demand has been made for action to be taken against him.

Former Karnataka Assembly Speaker and senior Congress leader KR Ramesh Kumar on Thursday passed a sexist comment in the Assembly saying "When rape is inevitable, lie down and enjoy it". However, instead of confronting him, the legislators in the House, even Speaker Vishweshwara Hegde Kageri, who belongs to BJP, began to laugh.

What's abhorrent is that instead of issuing an apology, the Congress MLA defended his remarking, calling it an "off the cuff" comment. When confronted by Republic, Kumar turned aggressive and said he cannot be forced to react.

In light of the heinous remark and the conditional apologies entailed, it is time that India raises its voice to not just act against this mindset but also demand the most uncompromising action against all those present inside the Karnataka assembly. It's time to take a stand and stubborn demand for justice to India's daughters. It is time for our great democracy to rise up and demand action, and for this purpose, Republic has launched a petition.

Sign the petition to ensure that the half a billion women of India get justice and ensure that we get freedom from this filthy mindset that still plagues some in this country.

What the petition demands: