Amid historic victory, Union Home Minister Amit Shah on Thursday expressed joy and stated that the people of Gujarat have given an unprecedented mandate. 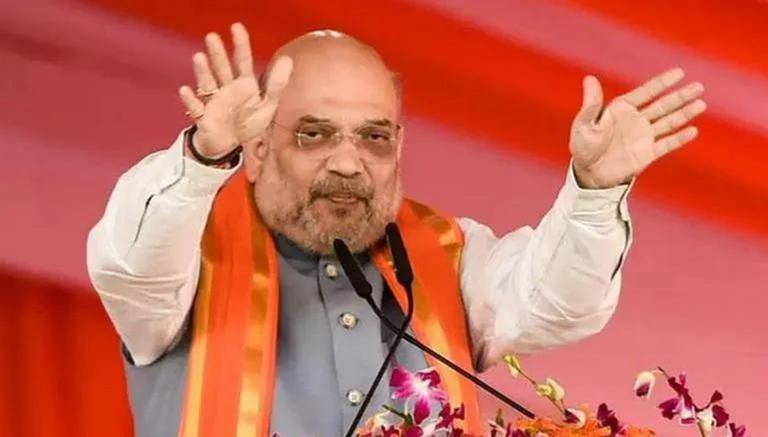 
As the Bharatiya Janata Party (BJP) is set for a seventh term after a historic win, Union Home Minister Amit Shah on Thursday expressed joy and stated that the people of Gujarat have given an unprecedented mandate to the party by rejecting those who do politics of hollow promises, freebies and appeasement. Notably, Shah represents Gandhinagar in Lok Sabha.

In a series of tweets, the Home Minister paid his salute to the people of Gujarat on this historic victory and avered that it shows the "unwavering faith of the public in Narendra Modi's development model".

"In the last two decades, under the leadership of Modi ji, the BJP broke all records of development in Gujarat and today the people of Gujarat have blessed the BJP and broken all records of victory," Shah said.

He also said this massive victory has shown that every section, be it women, youth or farmers, is wholeheartedly with the BJP. "Gujarat has rejected those who do politics of hollow promises, revadi (freebies) and appeasement and given an unprecedented mandate to Prime Minister Narendra Modi's BJP, which worked for public welfare and development," Shah said.

Meanwhile, the Chief Minister of Gujarat will take oath on December 12, BJP state president CR Paatil confirmed after the party's landslide victory in the 2022 Assembly elections. The oath-taking ceremony will take place in presence of Prime Minister Narendra Modi and Union Home Minister Amit Shah. "All anti-Gujarat forces have been defeated by people of the state," C R Paatil said.

He stated that other parties got a befitting reply for trying to fool the people of Gujarat by making promises that can never be fulfilled. "It's a victory of good governance and development of BJP government at Centre and Gujarat. I want to thank PM Narendra Modi for carrying out an extensive campaign for BJP in Gujarat," the state BJP chief said.

READ | As BJP breaks own record in Gujarat elections, why is it historic in national politics?
READ | 'Gujarat election results will have positive effect on BJP's prospects in Karnataka': CM Bommai
First Published: 8th December, 2022 15:15 IST
SUBSCRIBE TO US