The infighting in Punjab Congress came to the fore once again on Sunday as 10 MLAs openly urged the party high command not to let down CM Amarinder Singh. 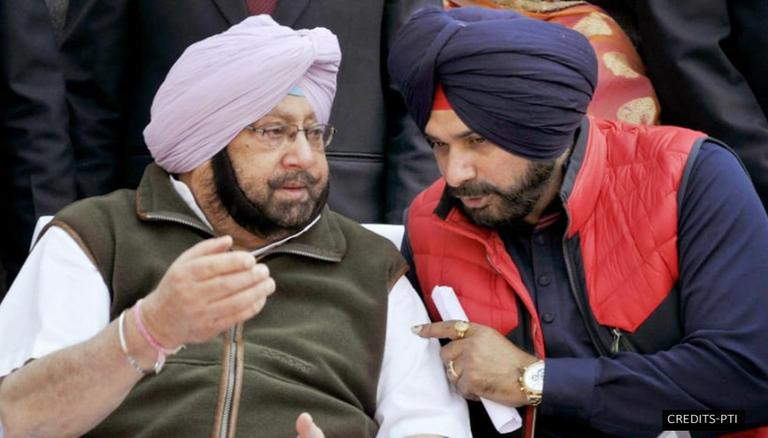 
The infighting in Punjab Congress came to the fore once again on Sunday as 10 MLAs openly urged the party high command not to let down CM Amarinder Singh. This includes Harminder Singh Gill, Fateh Bajwa, Gurpreet Singh GP, Kuldip Singh Vaid, Balwinder Singh Laddi, Santokh Singh Bhalaipur, Joginderpal, Jagdev Singh Kamalu, Pirmal Singh Khalsa and Sukhpal Singh Khaira. While acknowledging that Navjot Singh Sidhu is an "asset" to the party, they frowned upon his public criticism of Congress and the Punjab government.

According to them, this had not only created a rift in the party ranks but also decreased the Congress graph in the last few months. In a press release, the aforesaid legislators contended that the party regained power in Punjab in the aftermath of Operation Bluestar and the anti-Sikh riots solely to Amarinder Singh. Maintaining that he commands respect across all sections of society, they also highlighted that the Punjab CM had always taken a "principled stand".

Moreover, they supported Singh's demand that Sidhu should tender a public apology so that the party and government can function in tandem. This development comes even as the former reiterated that he will honour any decision taken by Congress president Sonia Gandhi. While speculation is rife that the former swashbuckling cricketer will be appointed as the Punjab Congress chief, the CM has expressed reservation over the same in a letter addressed to Gandhi. 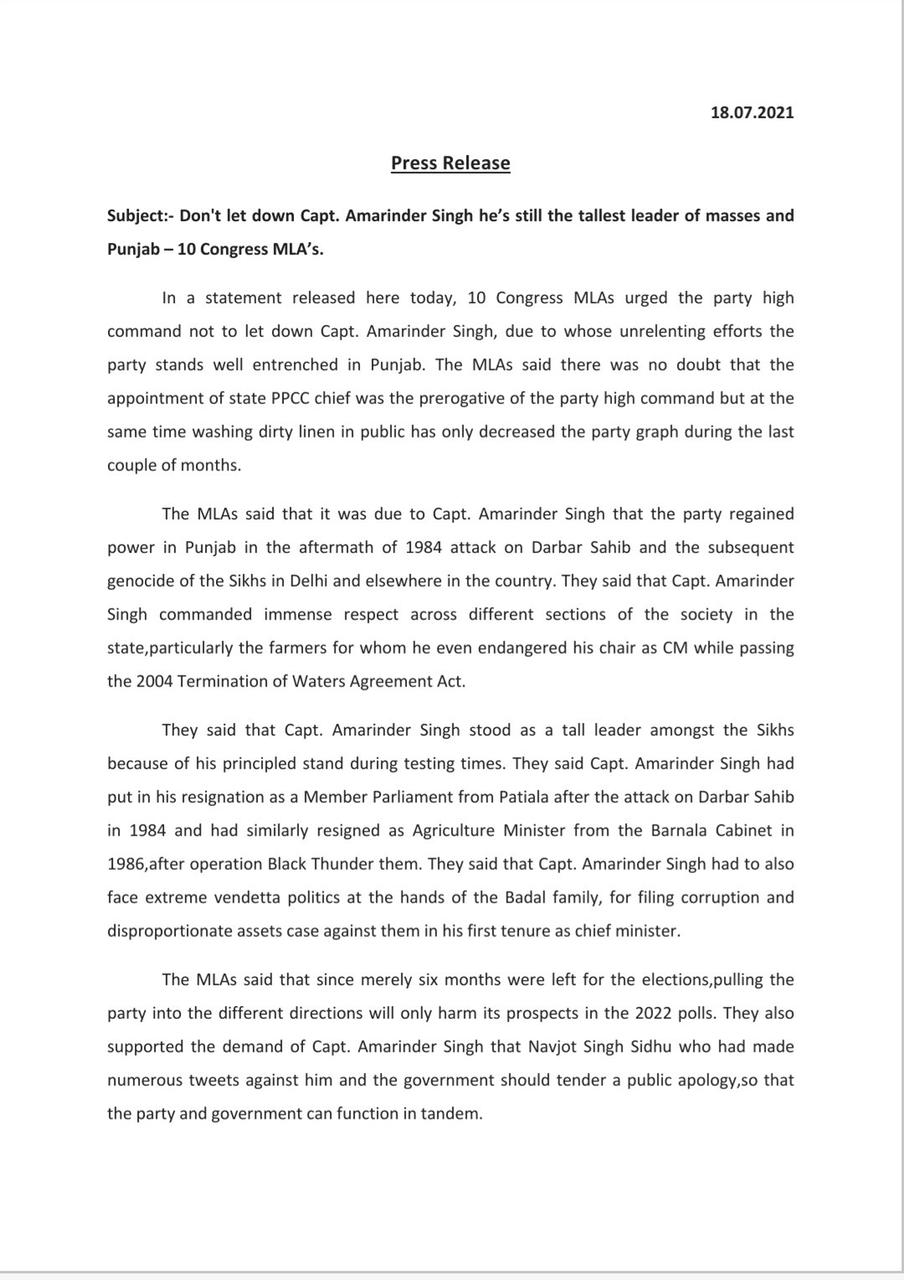 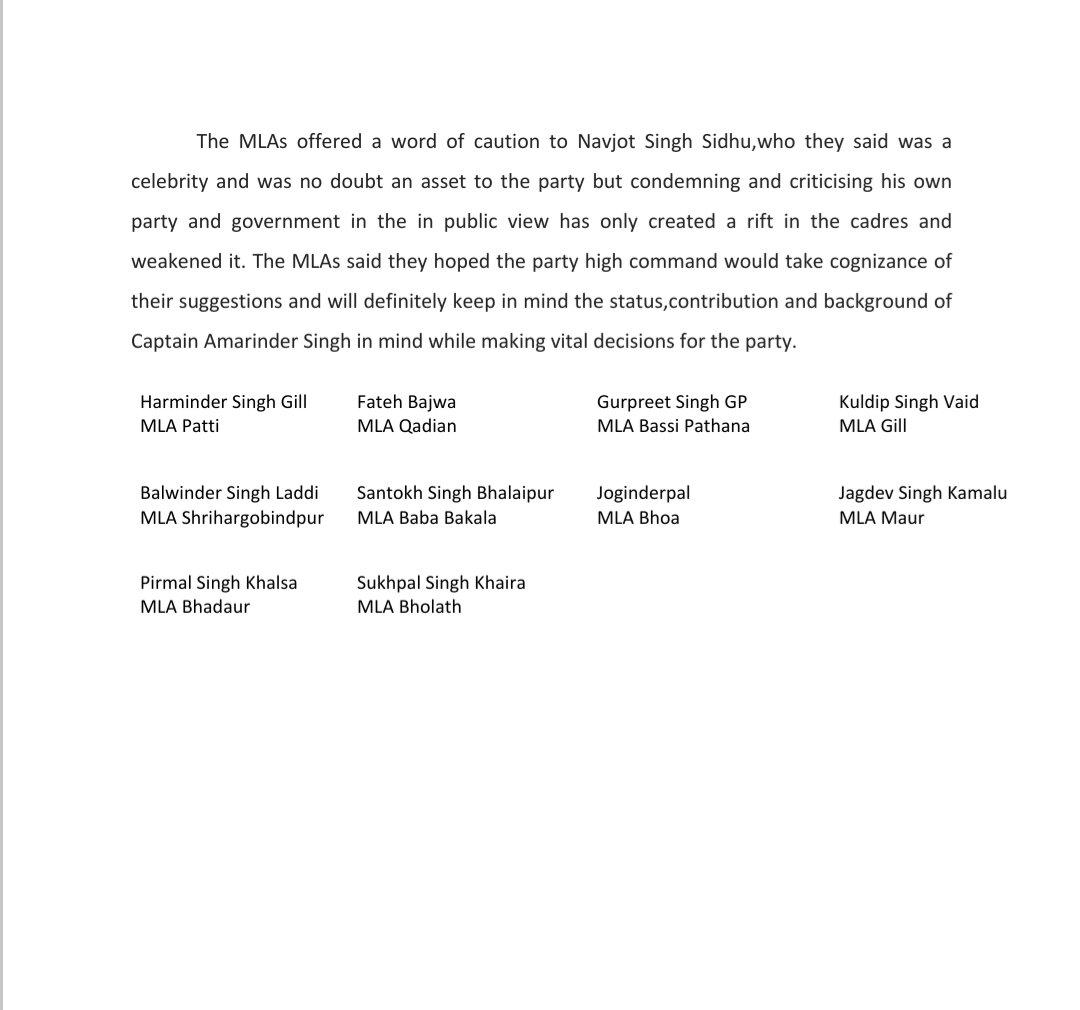 Navjot Singh Sidhu has been repeatedly attacking the state government and the Punjab CM over the purported delayed justice in the incidents of desecration of the Guru Granth Sahib and the subsequent police firing incident. In order to end factionalism in the party's Punjab unit, Congress president Sonia Gandhi formed a committee comprising Rajya Sabha LoP Mallikarjun Kharge, ex-Delhi MP JP Agarwal, and AICC general secretary in charge of Punjab Harish Rawat on May 28. Since the last month, the panel has met multiple stakeholders including MLAs, Ministers and the CM to ascertain their views ahead of the 2022 Assembly election.

However, the attempts to mollify him seem to have failed for the time being as he hit out at the Punjab government in a series of interviews on June 20. In a veiled dig at Amarinder Singh and the Badals, he hit out at "two powerful families" whom he accused of controlling Punjab and overriding the interests of the state for their vested interests. After meeting Sonia Gandhi on July 6, Singh said, “Whatever the Congress President decides on Punjab, we will accept it".