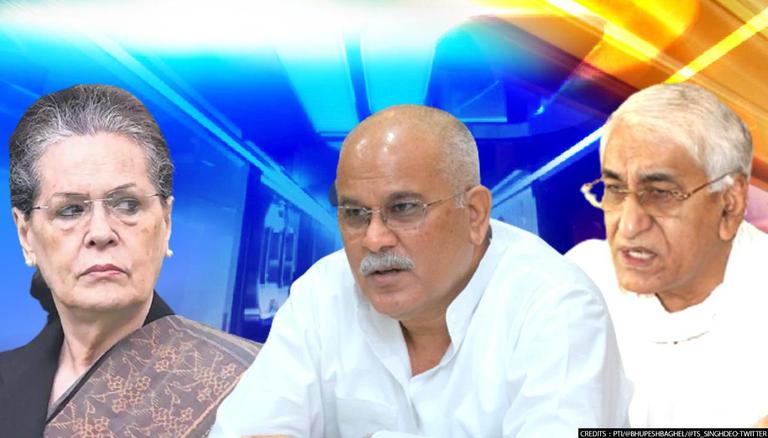 
With a crisis impending in Punjab and signs of rebellion brewing in Haryana, the Congress High Command residing at 10 Janpath, is likely to receive another jolt from another front now. Sources have reported that there have been murmurs of an internal tussle within the Congress Chattisgarh faction with a growing chorus seeking change in the State's leadership. As per sources, former Leader of Opposition in Chattisgarh Assembly TS Singh Deo has sought a meeting with the party High Command seeking to replace Chief Minister Bhupesh Baghel.

Sources say that TS Singh Deo, who currently heads the Chattisgarh Health Ministry, has already arrived in the national capital and awaits an appointment with the party High Command. Sources suggest that TS Singh Deo is upset with the party for not fulfilling the 2.5-year promise and has marked his second visit to the national capital within the fortnight.

When the Congress had been elected to power in the 2017 Assembly Polls, there had been reports of a 50-50 formula where Baghel would vacate the CMO after 2.5 years of being in power. CM Baghel completed 2.5 years in office on June 17, however, Congress General Secretary PL Punia, after a 2-day visit to Chattisgarh recently downplayed the possibility of any such understanding. Upon concluding his visit, Punia shunned reports suggesting a change in CM, terming it all as baseless.

Significantly, apart from Punjab and Rajasthan, Chattisgarh is the only state ruled by Congress at present. There have been reports of an internal rift within the Punjab and Rajasthan factions already. While CM Captain Amarinder Singh and Navjot Singh Sidhu remain at loggerheads in Punjab, deputy CM Sachin Pilot has been discontent with the party which had led to a rebellion several months ago.

Sources have informed that two factions of MLAs warring over Pradesh Congress Chief Kumari Selja have been formed in the party's Haryana camp. As per sources, 21 MLAs from Haryana met Congress General Secretary KC Venugopal in the national capital on Monday to seek resolution of the issue.

This comes just days after 19 MLAs from Congress sought a 'strong leadership' for the party in the state, seeking a key role for former CM Bhupinder Singh Hooda. As per PTI, at the meeting on July 1 with party's Haryana in-charge Vivek Bansal in New Delhi, legislators raised the issue that Congress does not have district unit chiefs for the past eight years.

Congress yet to settle Punjab infighting

Disgruntled Congress MLA Navjot Singh Sidhu continues to be at loggerheads with CM Captain Amarinder Singh while the party leadership remains in search of an amicable solution ahead of the Punjab Assembly Elections in 2022. Sources have informed that Navjot Singh Sidhu is adamant on being appointed as the Punjab Congress chief and that nothing short of it will be acceptable to him. Earlier, as per sources,  the Punjab CM had offered to re-induct Sidhu into his Cabinet to resolve the impending crisis within the Congress faction in Punjab. CM Amarinder Singh is set to meet Congress chief Sonia Gandhi in the national capital tomorrow to arrive at an early resolution in view of the approaching Assembly polls.