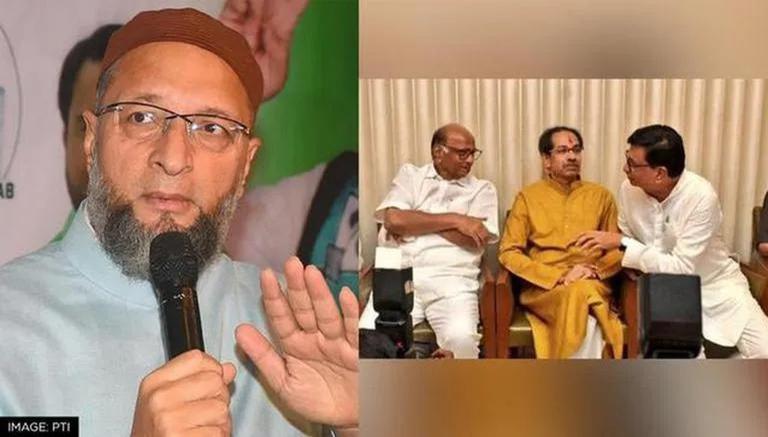 
AIMIM president Asauddin Owaisi on Friday announced his party's support for the Maha Vikas Aghadi (MVA) in the Maharashtra Rajya Sabha elections. AIMIM MLA Imtiaz Jaleel held a series of meetings with MVA leaders on Thursday before agreeing to vote for the MVA candidates. In the meeting, Imtiaz Jaleel listed certain conditions to the MVA leaders.  The meeting came after AIMIM president Asaduddin Owaisi was approached by MVA leaders for discussion in relation to the Rajya Sabha polls.

AIMIM MP from Maharashtra's Aurangabad, Imtiaz Jaleel, tweeted that they laid down certain conditions in front of MVA. Jaleel said that in return for the support in RS polls, conditions were laid related to the development of its MLAs' constituencies in Dhule and Malegaon.

AIMIM demanded that the state government appoints a minority member to the Maharashtra Public Services Commission (MPSC) and take steps to increase the income of the Maharashtra Wakf Board. AIMIM also demanded reservations for Muslims.

We laid certain conditions related to development of our MLAs constituencies in Dhulia and Malegaon. Also demanded Govt to appoint a minority member in MPSC and to take steps to increase the income of Maharashtra Wakf Board. Also demanded reservations for Muslims.

However, it is uncertain whether MVA agreed to all conditions listed by AIMIM leaders. It is pertinent to note that All India Majlis-e-Ittehadul Muslimeen (AIMIM) has two MLAs in the 288-member Maharashtra assembly.

aleel tweeted, “With an aim to defeat the Bharatiya Janata Party (BJP), the All India Majlis-e-Ittehadul Muslimeen (AIMIM) has extended support to Maha Vikas Aghadi (MVA) and will vote for Congress candidate Imran Pratapgarhi in the Rajya Sabha elections in Maharashtra.

To defeat BJP, our party @aimim_national has decided to vote for Maha Vikas Aghadi (MVA) in the Rajya Sabha elections in Maharashtra. Our political/ideological differences however will continue with @ShivSena which is a partner in MVA along with @INCIndia and @Maha_speaks_ncp.

Our 2 AIMIM Maharashtra MLAs have been asked to vote for @INCIndia candidate @ShayarImran for Rajya Sabha seat. We extend our best wishes to him! @asadowaisi

After more than two decades, Maharashtra will witness a contest in the Rajya Sabha polls as there are seven candidates in the fray for six Rajya Sabha seats. The polling process started at 9 a.m. and is set to end at 4 p.m.

READ | In Mumbai, AIMIM leaders to hold meet with MVA ahead of Rajya Sabha polls