'Will always be a capable Oppn' | Sachin Pilot Says Agencies Working On Centre's Whims And Fancies; 'Satyagraha On June 13'

CBI, Income Tax Dept and all agencies are being misused to suppress voices, Congress claimed as Rahul Gandhi and Sonia Gandhi have been summoned by the ED. 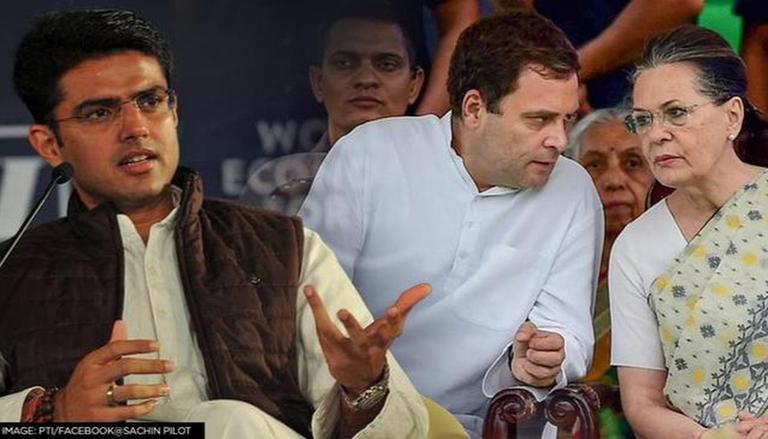 
The Central Bureau of Investigation (CBI), Income Tax Department and all agencies are being misused to suppress the voice of the Opposition, the Congress claimed on June 12, as Rahul Gandhi and Sonia Gandhi have been summoned by the Enforcement Directorate (ED) in a money laundering case linked to the National Herald newspaper- Associated Journals Limited, this June. Addressing a press briefing, Sachin Pilot, a senior leader of the grand old party, said that all leaders of the party were ready for any type of question, but it was important to put forth 'the truth' before the country.

"The central agencies that had the full confidence of the people, today, are known by all to be working as per the whims and fancies of the central government. They will only do what brings benefits to the Bharatiya Janata Party," Pilot said. The Congress leader added, "Is it possible that in the whole of the country, not one BJP leader has ever committed any wrong that his or her properties are raided, and an enquiry is set up?"

Reiterating that summons to the Gandhis was a political vendetta, the former Deputy Chief Minister of Rajasthan said, "Tomorrow, June 13, Rahul Gandhi is to appear before the Enforcement Directorate. With him, all our Parliamentarians, members of the Congress Working Committee, and other prominent leaders will go. Today, June 12, our leaders are going to all the capital cities in the country, and are trying to communicate to the people, that no matter how many attempts are made, accusations are levelled, raids are conducted, and summons are issued, we will discharge our political duties. We were a capable opposition, and would always continue to be."

The case pertains to the probe into the alleged financial irregularities in the party-promoted Young Indian that owns the National Herald newspaper. The paper is published by AJL and owned by Young Indian Pvt Limited.

The probe agency had registered a fresh case under the criminal provisions of the Prevention of Money Laundering Act (PMLA) after a trial court took cognisance of an Income Tax Department probe against Young Indian Pvt Ltd on the basis of a private criminal complaint filed by BJP MP Subramanian Swamy in 2013.

BJP MP Swamy had accused Sonia Gandhi, Rahul Gandhi, and others of conspiring to cheat and misappropriate funds, with Young Indian Pvt Ltd paying only Rs 50 lakh to obtain the right to recover Rs 90.25 crore that Associate Journals Ltd owed to the Congress. On December 19, 2015, the Gandhi mother-son duo got bail on furnishing a personal bond of Rs.50,000 each and a surety after the court ruled out apprehension that they will flee the country.

WE RECOMMEND
Jammu: Congress to hold a peaceful protest on June 13 against ED summons to Rahul Gandhi
Kuldeep Bishnoi lambasts Congress after his expulsion; 'Had they acted this swiftly...'
Congress' Alvi welcomes Mamata's June 15 meeting; 'United Oppn necessary to fight BJP'
RS Elections: JD(S) slams Congress after drawing a blank; 'Can trust anybody but not them'
RS Polls: Congress swipes at BJP post win in Rajasthan; 'Win against money, muscle power'