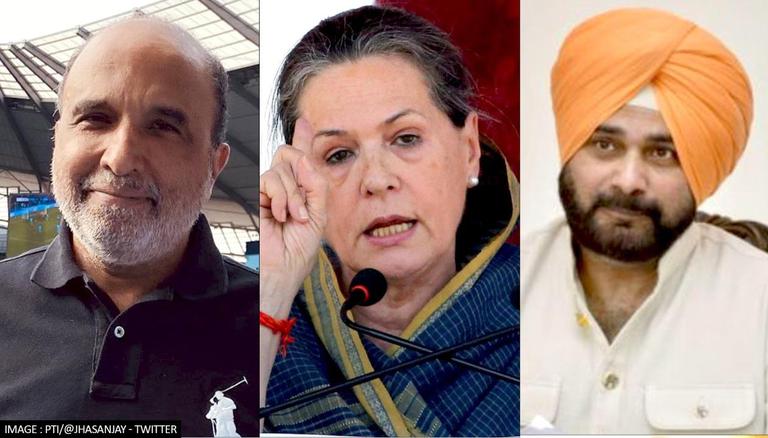 
Sacked Congress spokesperson Sanjay Jha reacted to recent political twists in Punjab and demanded 'someone in Delhi' sacked a day after Sidhu resigned. Sharing a short story on Twitter, Jha summarised from Sidhu's revolt against ex-Punjab Chief Minister Amarinder Singh to cricketer-turned-politician's resignation as the Punjab Pradesh Congre3ss Committee chief. It is pertinent to mention that Sanjay Jha has been a critic of the Sonia Gandhi-led Congress ever since he was sacked.

A short story on Punjab:

Someone in Delhi needs to be sacked.

Backed by Priyanka Gandhi Vadra, Sidhu laid the ground for Amarinder Singh's exit as Punjab Chief Minister and Charanjit Singh Channi's takeover. He was appointed as Punjab Congress president on July 23. Sidhu is reportedly dejected over bureaucratic set-up in the state and his directions not being followed following Cabinet expansion.

In an unexpected move, Navjot Singh Sidhu resigned as the chief of the Punjab Pradesh Congress Committee on Tuesday, setting off turmoil in the Congress party in the state. In a video message earlier on Wednesday, Sidhu said that he cannot compromise with his ethics and instilled that he did not want a "repeat system of tainted leaders and officers in the state."

"I have no personal rivalry with anyone. 17 years of my political career has been for a purpose, to make a difference, to take a stand and to make people's lives better. This is my only religion," Sidhu said.

Developments that are coming just months ahead of the 2022 Assembly polls has put Congress on backfoot. Unhappy over the recent exits, senior leader Kapil Sibal asked why are people quitting the grand old party. He claimed that the recent turmoil in Punjab will benefit Pakistan and ISI.  "We know the history of Punjab and the rise of extremism there... Congress should ensure that they remain united," he said.

Meanwhile, the Congress leadership is in a "wait and watch" mode and has made it clear to no longer convince Sidhu, according to Republic Media Network's sources. Punjab Chief Minister Charanjit Singh Channi has been asked to come out with a solution without making a reshuffle in the cabinet, it added.