Badal stated that the responsibility of PM Modi's security in Punjab lay with the state Government, and the CM should have been there to receive him. 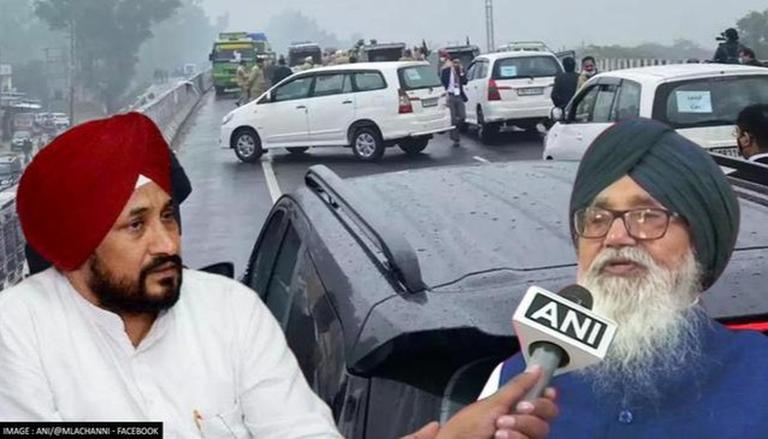 
Shiromani Akali Dal (SAD) supremo Parkash Singh Badal on Thursday pinned the onus of Prime Minister Narendra Modi's security onto the Congress party asserting that there should have been no hurdles in his path. Speaking to reporters, Badal stated that the responsibility of PM Modi's security in Punjab lay with the state Government, and the CM should have been there to receive him.

"Every coin has 2 sides. There shouldn't have been any hurdles in PM Modi's path, but there was no one in the audience at his rally which is also a fact. They have made the farmers unhappy and unhappy people can do anything. So it is the state's responsibility for the PM's security. The Chief Minister has to receive the PM," said Parkash Singh Badal.

Yesterday, Punjab CM Charanjit Singh Channi had dismissed the threat to PM Modi's life claiming that he did not accompany him since two of his staffers had tested positive for COVID-19. "I was supposed to receive PM Modi and accompany him, we all had a COVID test and two of my staff members tested positive. I thought it would be irresponsible to still accompany PM," the Punjab CM claimed.

Sources have told Republic that normally during a PM's visit to any state, the CM, Chief Secretary, and DGP are there to receive and accompany him. Neither of the 3 was there when the breach took place on Wednesday afternoon. In fact, cars reserved for Chief Secretary and DGP were part of the PM’s cavalcade.

In a massive development in Punjab on Wednesday, PM Modi was forced to postpone his Ferozepur rally as his security was compromised after arriving in the state. At Ferozepur, an announcement was made on the stage that his visit is cancelled "due to some reason". It was then revealed that the PM's convoy was blocked by "protesters" for 15-20 mins. Moreover, the Punjab Government failed to deploy additional security as a part of the contingency plan. Owing to this, PM Modi was forced to travel back and fly out of the Bhatinda Airport.

The Ministry of Home Affairs taking cognizance of this serious security lapse has sought a detailed report from the state government. The Punjab government has also been asked to fix responsibility for this lapse and take strict action.