The BJP committee includes Arun Singh, who is the party general secretary in charge of its affairs, Satya Pal Singh, Brij Lal and Sumedhanand Saraswati. 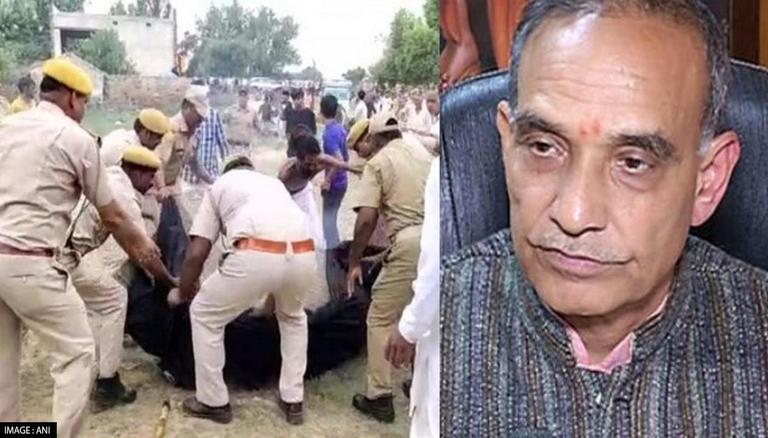 
A Bharatiya Janata Party (BJP) delegation on Sunday reached Rajasthan's Bharatpur to prepare a report on the alleged illegal mining in the city following the death of a seer who had self-immolated in a protest.

The saffron party, in a statement, said that seers were demonstrating for more than 551 days against the alleged illicit mining and Sadhu Vijay Das immolated himself 'due to the Rajasthan government's inaction' to their demand. Das, who suffered 80 percent burns, died on Saturday.

Following this, BJP president JP Nadda condoled the seer's death and formed a four-member committee to visit the spot and prepare a report. The members include Arun Singh, who is the party general secretary in charge of its affairs in the state, Satya Pal Singh, Brij Lal and Sumedhanand Saraswati.

Speaking to Republic, Satya Pal Singh said Sant Vijay Das was protesting against illegal mining to 'save the city from the mafia.' He claimed that Das was demonstrating for 1.5 years but the government didn't act. He also demanded a CBI inquiry.

"People will not forgive Gehlot. This is the state of the Gehlot government's end. A Congress MLA is himself telling that the mining minister is mafia. We are with Sant community. CBI inquiry should happen," Pal said.

Another BJP MP Arun Singh alleged that 'illegal mining mafias have protection from the ruling Congress government.' He also demanded a high-level investigation and CBI inquiry. "Scams are happening of thousands of crores and everyone is involved including ministers," he said.

"Their own MLA is saying illegal mining is happening. Gehlot government cannot do fair investigation. Sants and seers are demanding for CBI inquiry. We are also supporting their demand. CBI inquiry should be done," Singh added.