The incident triggered protests throughout the night by residents of the locality, who raised slogans and demanded justice and quick arrest of the culprit. 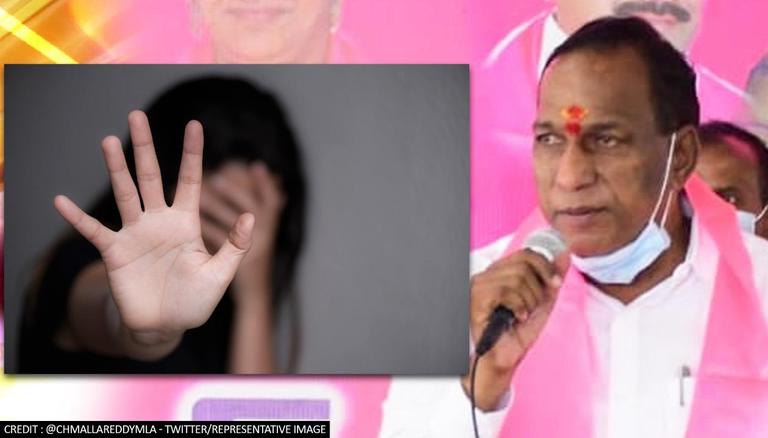 
At a time when political parties are raising their voice over the law and order situation in the state following the rape and murder of a six-year-old girl on Thursday, September 9, Telangana Labour Minister Malla Reddy on Tuesday asserted that the accused in the case would be caught and that he should be encountered.

The Minister, lamenting the issue, said, "It is terrible. There should be an encounter against him. He will be definitely be caught. We will do encounter. There is no question of leaving him," he told the media.

A six-year-old girl was allegedly raped and murdered by her neighbour at Saidabad on the evening of September 9, and this has been protested by the opposition BJP, Congress and others.

The incident triggered protests late that night by residents of the locality, who raised slogans and demanded justice and quick arrest of the culprit. The locals staged a road-block on September 10, demanding justice and various kinds of help to the girl's family.

Hyderabad District Collector L Sharman, who had visited the spot, assured them that a house under the government's two-bedroom housing scheme for the poor, and education facility to the other children of the victim's parents, would be provided.

The 6-year-old girl was allegedly raped and murdered by a 30-year-old neighbour in Saidabad, Hyderabad. As per Hyderabad police, a case has been registered and the investigation is underway. The victim's family and locals have informed that the 6-year-old had gone missing on the morning of September 9, after which they had filed a police complaint.

READ | Telangana govt & Union Aviation Ministry launch 'Medicine from the Sky'; Here's what it is

Following the complaint by the victim's family, police had undertaken a search operation but could not find her. However, later on, on September 10 during the wee hours, the girl's body was found at the neighbour's (Raju) house. Hyderabad police informed that Raju has absconded and it has been alleged that the girl was raped and murdered by him.