'How long will we be divided?': Salman Khurshid Slams Kejriwal, Mamata's Silence On Calls For Muslim Genocide At Haridwar 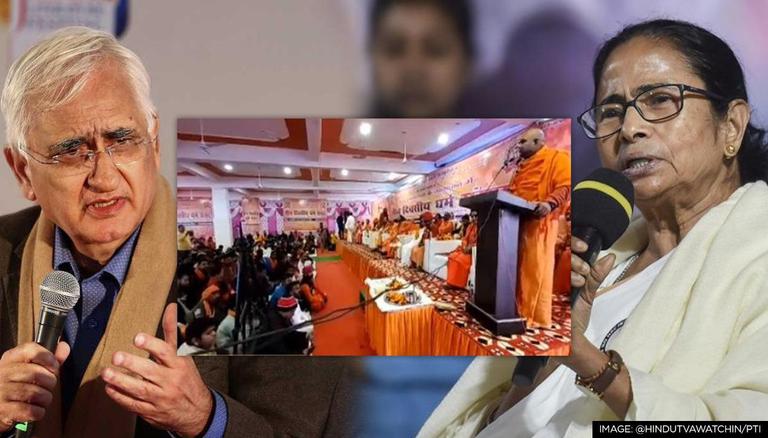 
Miffed at top Opposition party chiefs' silence on the Haridwar Dharam Sansad, Congress leader Salman Khurshid on Wednesday, questioned if electoral calculations had imposed a silence. Naming Arvind Kejriwal, Mamata Banerjee, Akhilesh Yadav, Mayawati, Khurshid asked why they were silent on calls for Muslim genocide and assassination of ex-PM Manmohan Singh. He lamented, "How long will quest for power keep us divided when we should unite against hate?". Uttarakhand goes to polls in February 2022.

Electoral calculations impose silence on Akhilesh bhaiya, Mamata didi, Mayawati behenji, Kejriwal even as calls for genocide and assassination of a great PM go viral. How long will quest for power keep us divided when we should unite against hate?

As per reports, a second 'Dharam Sansad' was organised by controversial monk Yati Narasinghanand in Haridwar, where many hardline monks called for 'genocide against Muslims', among a few other call to action in the event. Other leaders like Annapurna Maa - General secretary of Hindu Mahasabha, claimed that she will use 'weapons' to defend Hindu Sanatan Dharm from those threatening it. Most leaders also vowed to emulate Nathuram Godse and kill anyone who hurt religious sentiments.

Videos, now viral on Twitter, from the event show Bihar's Dharamdas Maharaj threatening to kill ex-PM Manmohan Singh for saying 'minorities have first right over national resources'. Emulating the Mahatma's assassin, he said that he would 'not have hesitated to shoot at him (Singh) six times in the chest', had he been an MP. Narasinghanand, who has habitually spewed communal statements, coined the term, "Shastrameva jayate', on the lines of India's motto - 'Satyameva Jayate'. An FIR has been filed by Uttarakhand police against Wasim Rizvi aka Jitendra Tyagi and two others under Section 153A.

Shocked at the communal speech, top Congress leaders - Rahul Gandhi, Priyanka Gandhi Vadra, Jairam Ramesh, Salman Khurshid and others slammed it. The Wayanad MP, who has been promoting the 'Hindu Vs Hindutva' debate said  'Hindutva always spread hatred and violence and  Hindu-Muslim-Sikh-Christian pay the price'. Similar to Gandhi, his sister Priyanka Gandhi Vadra termed the open call to 'murder' ex-PM Manmohan Singh as despicable, demanding strict action against the organisers. Congress spokesperson Dr Shama Mohammad noted that while an FIR was filed on the event, no arrest had been made yet.