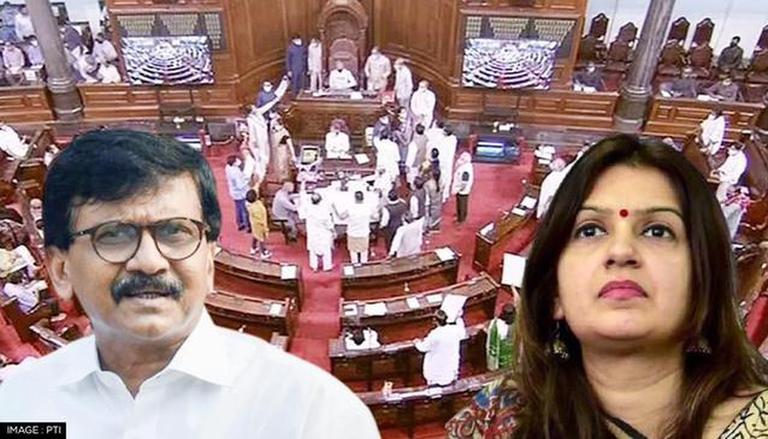 
The ruling Maha Vikas Agadhi (MVA) government in Maharashtra has expressed dismay over the Rajya Sabha election results and accused the Election Commission (EC) of favouring the BJP. On Saturday, Shiv Sena leader Sanjay Raut accused BJP of putting pressure on the Election Commission (EC) to get the vote cast by his party MLA Suhas Kande disqualified. Sanjay Raut noted that EC should have acted in an impartial manner.

The Siv Sena leader further added, "By putting pressure on EC, our one vote (of MLA Kande) was disqualified. We had petitioned to make their votes invalid, but the Election Commission sided with them. The central agencies work under the pressure of the BJP. We saw yesterday how central agencies are being misused. We were not involved in any horse-trading but have noted who were indulged in it."

He further added that Rajya Sabha elections results are "not the mandate of the people but the mandate of horse-trading." Earlier in the day, the leaders of the MVA blamed the poll panel for the drubbing of the fourth candidate and said they would seek legal opinion on the same.

Raut further went on to say that BJP's vote has been blown out of proportion and claimed MVA will win Maharashtra Legislative Council (MLC) election that is scheduled for June 20.  He said, "BJP's one seat is no big victory. Disqualification of our 1 vote wasn't needed. In MLC, Shiv Sena will get 2 seats, NCP 2 seats & Congress will get 1."

Meanwhile, another Shiv Sena leader Priyanka Chaturvedi reacted to the Rajya Sabha results and said, "Everyone knows that BJP gets votes by threatening people through money. This is a bad spirit of federalism. Cross voting is also wrong."

The Bharatiya Janata Party won three of the six Rajya Sabha in Maharashtra, while MVA alliance partners - Shiv Sena, NCP & Congress - bagged one seat each. The contest was for the sixth seat, which was bagged by BJP's Dhananjay Mahadik, defeating Shiv Sena's Sanjay Pawar. The high-stake battle turned out to be a nail-biting affair with the Congress and BJP trading charges, even approaching the Election Commission.

"Elections are contested not just for the fight, but the victory. Jai Maharashtra," tweeted BJP's Devendra Fadnavis, whose refusal to have a consensus candidate for the Rajya Sabha led to elections in the state after 24 years.

The counting of votes started after an eight-hour delay amid complaints of cross-voting and rules violations by the BJP and the ruling alliance. Both BJP and the Shiv Sena approached the Election Commission, alleging cross-voting and seeking disqualification of votes. After the stunning setback, Congress leaders admitted shortcomings in coordination in the ruling Maha Vikas Aghadi. Maharashtra Revenue Minister Balasaheb Thorat told reporters in Vidhan Bhavan that it is a matter of study as to what went wrong.

“BJP was cunning in holding up the counting and getting one vote invalid. We were confident that all four of our candidates will win comfortably,” the Congress leader said.