'Sanjay Raut Will Come Out Clean, ED Being Used As Tool Against Oppn,' Claims Congress

Sanjay Raut was arrested by ED in the early hours of August 1 after Rs 11.5 lakh of unaccounted cash was seized by ED from the Shiv Sena leader's house. 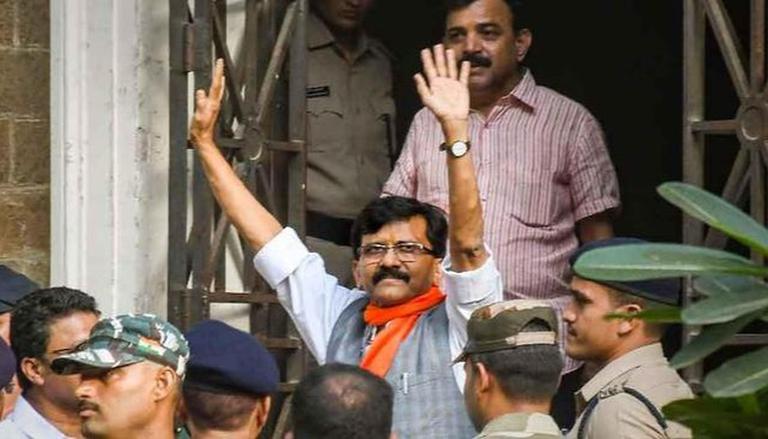 
Bhai Jagtap, the Mumbai Congress President, denounced the arrest of Shiv Sena leader Sanjay Raut and accused the Enforcement Directorate (ED) of working in a biased manner and against the opposition. He even said that whatever happened with Rahul Gandhi and Sonia Gandhi is now being done to Raut and asserted that the Sena leader will 'come out clean'.

Raut is under the scanner owing to the Patra Chawl land scam, and a case was registered against the Sena MP at the Vakola police station under Sections 504, 506 and 509 of the Indian Penal Code (IPC).

Further, Jagtap alleged that the ED is being used as a tool to scare the opposition leaders and is working on the directions of Home Minister Amit Shah. Apart from the Congress leader, Sanjay Raut's lawyer, Advocate Ashok Mundargi claimed that the case on Raut is politically motivated after he was sent to ED custody till August 4 earlier in the day. The case is related to the redevelopment of a chawl in Mumbai which allegedly saw instances of irregularities due to money laundering.

Raut was arrested by ED during the early hours of August 1 after ED recovered Rs 11.5 lakh in cash during a raid. He has been sent to four-day custody instead of the eight days demanded by ED.

READ | Uddhav Thackeray alleges 'vendetta' on Raut's arrest; 'there was a time when Hitler...'

Evidence against Raut was procured in form of an audio wherein he was heard threatening Swapna Patkar, a witness to the alleged scam and a close aide of the Sena leader. According to ANI, ED's lawyer Hiten Venegaonkar told the court that Raut and his family were beneficiaries of cash worth Rs 1.6 crore through the scam and that a plot at Kihim Beach in Alibaug was bought under the name of Swapna Patkar.

ED's lawyer Ad Hiten Venegaonkar tells court that probe revealed that out of that money (Rs 1.6 crore), a plot of land at Kihim Beach in Alibaug was bought. One plot was taken in the name of Sapna Patkar. The probe also revealed that Pravin Raut was the front man of Sanjay Raut.

Raut's brother Sunil Raut, on the other hand, pinned the blame on the Bharatiya Janata Party (BJP) for framing the Sena leader. While talking to the press yesterday, Sunil Raut said, "Sanjay Raut has been arrested. BJP is afraid of him and got him arrested." He also said that his brother has been framed as they did not receive any documents over the latter's arrest.

'We have faith in the judiciary: Raut's brother

While speaking to the media earlier in the day, Raut's brother informed about the medical checkup of the Sena leader. "His medical checkup was done today and he was taken to court. We have faith in the judiciary, we believe he'll be released soon," he told the reporters.

Following the court's ruling, former Maharashtra CM Uddhav Thackeray addressed the media on Monday and also met with Raut's family. "I am proud of Sanjay Raut, he is my old friend. Today I met his family, what is his crime? He is a brave Shiv Sainik and a fearless journalist," Uddhav was reported as saying.