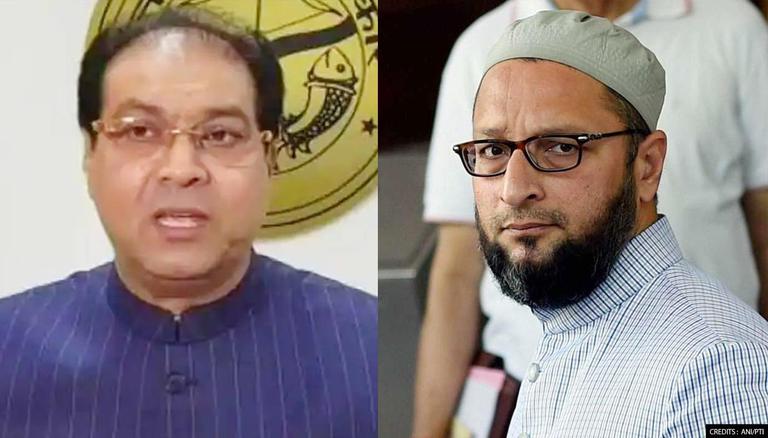 
Amid Asaduddin Owaisi's visit to Bahraich, Uttar Pradesh Minority Welfare Minister Mohsin Raza lashed out at the AIMIM chief for his thrust on the Assembly polls. A part of the 'Bhagidari Sankalp Morcha' led by Suheldev Bhartiya Samaj Party president Om Prakash Rajbhar, AIMIM has announced that it will contest 100 seats in UP. Speaking to the media on Thursday, Raza contended that Owaisi's dreams of making inroads in the state will not be fulfilled. Throwing a challenge to the Hyderabad MP, he opined that BJP was all out to win the Telangana Assembly election in 2023.

UP Minister Mohsin Raza remarked, "Both Owaisi and Rajbhar are dreaming. Please have good dreams. The dreams of those who want 'Bharat Te Tukde Honge' will never be fulfilled in UP and India. We are coming to win Telangana in 2023. Why are you visiting UP time and again?"

"Save Telangana first and then think about the situation here. Your tactics are not going to work here as the Yogi Adityanath-led government is in place. BJP has taken the state and country forward with the 'Sabka Saath, Sabka Vikas, Sabka Vishwas' mantra. All doors are closed for people like you in the state as well as the country," he added. On his part, the UP has accepted the AIMIM supremo's challenge and reiterated that the saffron party will form the government in the state once again.

Addressing party workers in Bahraich, Owaisi asserted that Adityanath's fight in the 2022 polls is with widows and orphans. Attacking the state government for its COVID-19 handling, he claimed that lakhs of people had died in UP as people were not getting oxygen and beds. He called upon other opposition parties to join the Bhagidari Sankalp Morcha with the aim of not allowing Adityanath to become the CM again.

In a veiled reference to the Muslim community, the AIMIM president stated, "We are fighting for our share in power and not to become mere vote bank. Now, we will send our representatives to the Legislative Assembly with our votes. We have also proved this by winning five Vidhan Sabha seats in Bihar."

He added, "The drama of those who make us happy by feeding dates during iftars, organise mushairas and qawwali will now come to an end. We are not circus clowns. Instead of becoming a clown who dances at the behest of the ringmaster, we will now become the ringmaster and make them dance to our directions."