Shiv Sena mouthpiece Saamana on Sunday, questioned why the Thackeray-Modi meet had irked BJP Maharashtra, assuring that Thackeray will remain CM for 5 years 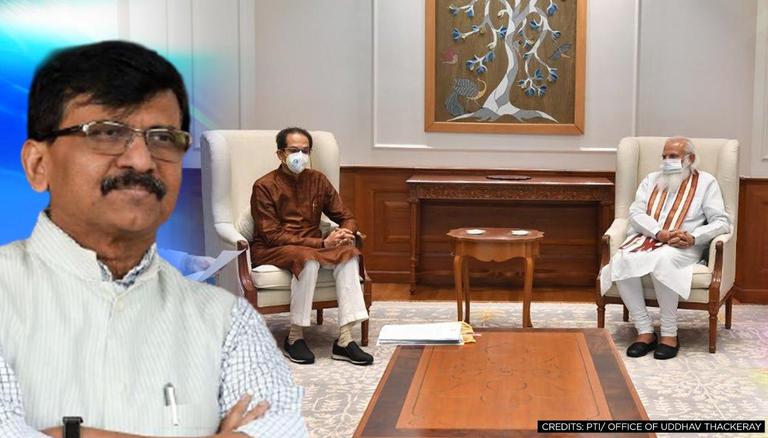 
Elaborating on the sudden meeting between Maharashtra CM Uddhav Thackeray and PM Narendra Modi, Shiv Sena mouthpiece Saamana on Sunday, questioned why the meet had irked BJP Maharashtra. Assuring that Sena enjoyed good relations with PM Modi, Saamana said the additional 30-minute meeting which Thackeray had with the PM will not 'change the Maharashtra govt', as believed by BJP Maharashtra. Lauding Maharashtra politics, Sena claimed that it has the potential to change the country's politics as it was headed by Shiv Sena along with NCP and Congress.

Furthermore, Sena claimed that PM Modi and Home Minister Amit Shah had never obstructed the formation of Thackeray government which had baffled BJP Maharashtra. It added that BJP leaders may not be in-snyc with its Central leadership as they were falsely claiming that NCP will take over the CM post after 2.5 years. Assuring that Thackeray will remain CM for five years, Sena said that PM had not offered Sena the CM post to stitch back the old BJP-Sena alliance.

Recently, Sena MP Sanjaya Raut praised former ally Prime Minister Narendra Modi, calling him the ‘top leader of the country' and the ruling BJP. His comment had come after the Thackeray-Modi meeting which revolved around the Maratha reservation. Thackeray, accompanied by Maharashtra Dy CM Ajit Pawar from NCP and Minister Ashok Chavan from Congress had sought Centre's intervention after Supreme Court stayed the Maratha reservation passed by the state.

READ | Sharad Pawar dubs Shiv Sena as 'party which one can trust', backs MVA to do well in polls

Prior to the 2019 Maharashtra state polls, Shiv Sena had reiterated that it will accept only the 50:50 formula, while BJP denied ever having agreed to such a formula. It allegedly offered 13 cabinet portfolios to Sena while keeping 26 for its ministers. Apart from Sena's portfolio demand, the party had demanded a sharing of 2.5 years in the CM post too; this too was  refused by Devendra Fadnavis, stating, 'The next govt will be formed under a BJP CM.' With no respite to the deadlock, Sena allied with NCP-Congress to form the Maha Vikas Aghadi alliance.

Amid their alliance talks, Fadnavis had unsuccessfully partnered with Ajit Pawar to be sworn-in as Maharashtra CM for mere 72 hours. Ajit Pawar rescinded his support after the Supreme Court ordered an open ballot floor test in the Maharashtra Assembly immediately, leading to Fadnavis and Pawar's resignation. Ushering the three-party government, Uddhav Thackeray was sworn in as the chief minister of Maharashtra on November 28, 2019.