Sena Scoffs At Centre's Diwali Fuel Price Cut; Claims It Was Due To BJP's Bypoll Drubbing

Welcoming the Centre's slashed petrol, diesel rates, Shiv Sena on Saturday, also alleged relief was not passed to consumers as it had slashed prices after rise 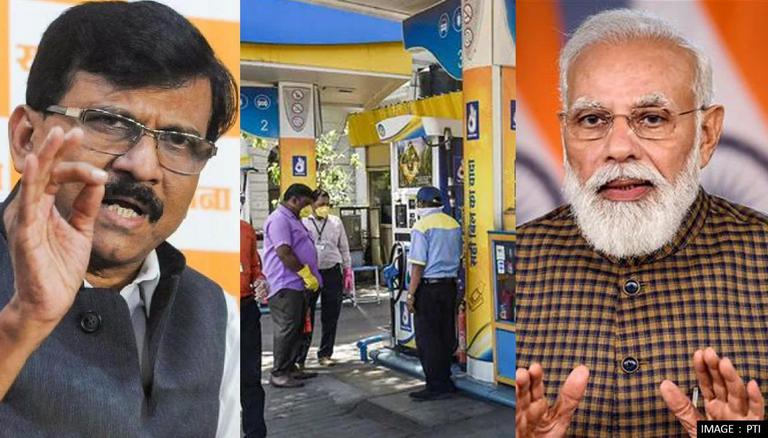 
Welcoming the Centre's slashed petrol and diesel rates, Shiv Sena on Saturday, also alleged that the relief was not passed to consumers as it had slashed prices after astronomical inflation. Slamming the Centre via its mouthpiece, Saamana, claimed that the prices were cut after the BJP's poor show in the recently concluded Assembly bypolls in 13 states. Sena added that if the BJP has slashed fuel prices focusing the upcoming state polls in 5 states, it would be a pipe dream.

"The voters of 13 states have punctured BJP's drum roll in these Assembly bypolls, but the BJP still want to beat their drums (sing their praises). In reality it is the loss in the Assembly bypolls due to which good sense has prevailed", stated Saamana. Scoffing at the BJP for thanking its top leadership for the 'Diwali gift', it added, "Don't think that people will be fooled by this and vote in your favour in the upcoming state polls. Such dreams will also burst like your bypoll dreams".

Ahead of Diwali, on November 3, excise duty on petrol and diesel were reduced by Rs 5 and Rs 10 respectively from  November 4. As per govt sources, the reduction in excise duty on diesel being double that of petrol are meant as a boost to the farmers during the upcoming Rabi season. States have also been urged to reduce VAT on petrol & diesel to give relief to consumers.

"The Government of India has made efforts to ensure that there is no energy shortage in the country and that commodities such as petrol and diesel are available adequately to meet our requirements. The reduction in excise duty on Petrol and Diesel will also boost consumption and keep inflation low, thus helping the poor and middle classes. Today’s decision is expected to further spur the overall economic cycle," read the govt press release.