Senior Shiv Sena leader Kishore Tiwari has written to RSS leader Mohan Bhagwat over BJP's opposition to the 5% quota proposed for Muslims by the Maha Vikas Aghadi (MVA) alliance in Maharashtra. Tiwari in his letter stated that the Prime Minister and RSS have been trying to bring minorities into the mainstream society but when the Maharashtra government has brought this 'historic' move, 'loudmouth Maharashtra BJP' leaders and alleged 'Hindutva organisations' are protesting against it.

The Shiv Sena leader slammed 'Hindutva forces' for hijacking the values of social, communal and religious harmony propagated  by Chattrapati Shivaji Maharaj. Tiwari added that all communities especially minorities are an integral part of India and that it is up to RSS to bring its small and big 'monsters' into the bottle and discipline them. He accused former Maharashtra CM Devendra Fadnavis and UP CM Yogi Adityanath of not respecting women. Tiwari also stated that the BJP has lost its 'moral rights' to continue as the party keeps ruining the country.

"Please intervene to stop the BJP becomes a Frankenstein and goes out of your control and goes in reverse destroyer mode or in future who will save Bharat Mata," wrote Tiwari in his letter addressed to RSS chief Mohan Bhagwat. Here is the full letter: 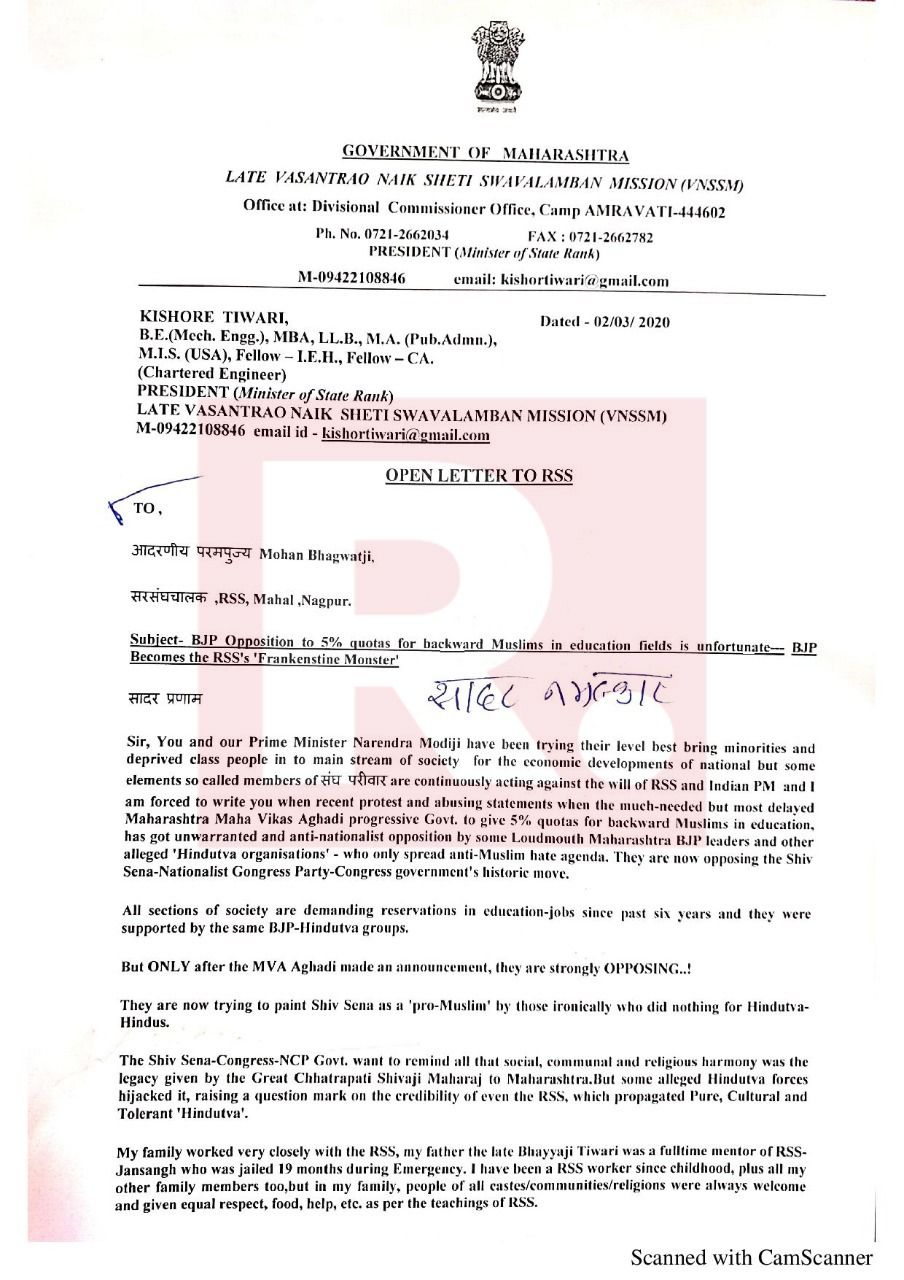 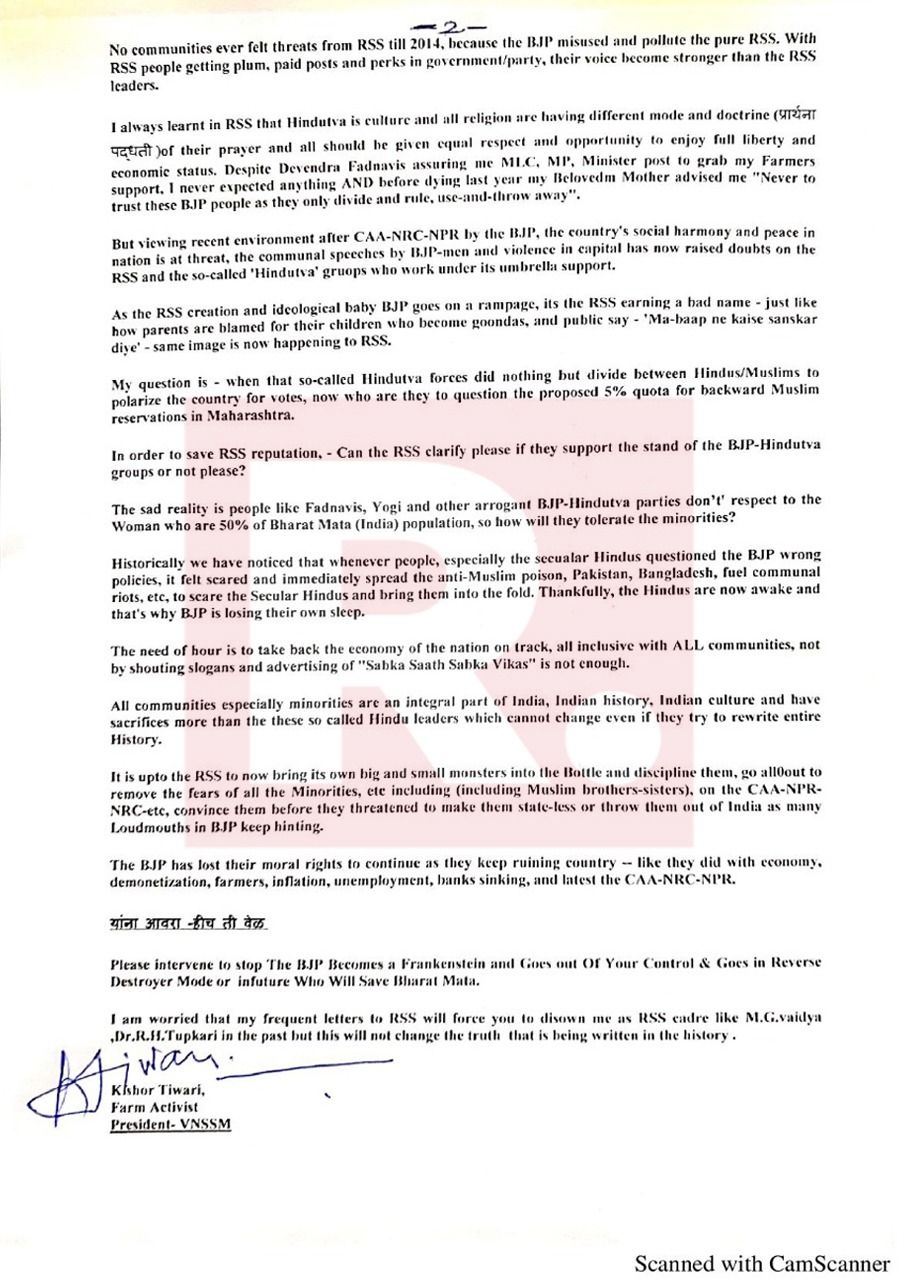 On February 28, in a massive development, the Maha Vikas Aghadi government announced in the Maharashtra Legislative Council a 5% reservation for Muslims in school and colleges. State minister for minority affairs, Nawab Malik in response to Congress legislator Sharad Ranpise said that a bill will be introduced and the government will ensure its smooth passage. Malik added that action will be taken to ensure the passage before the beginning of the admissions for the academic year.

Earlier in January, Malik had confirmed that the move was in talks since the Common Minimum Programme (CMP) but had not been finalised yet. Even though reservation in Maharashtra breaching 70%, sources on January 31, reported that the Thackeray-led Aghadi government is preparing to introduce a Muslim-based reservation in the state. Incidentally, a Muslim reservation was mentioned in Congress and NCP's manifesto.