Flipping through the list of voters at a polling station in Khajoori Khas for the MCD election, 19-year-old Puneet Kumar was excited to vote for the first time on Sunday but was left disappointed when he found his name missing. 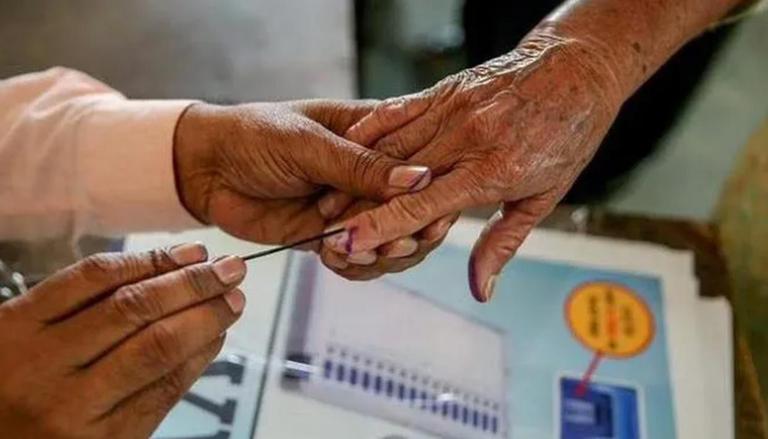 
Flipping through the list of voters at a polling station in Khajoori Khas for the MCD election, 19-year-old Puneet Kumar was excited to vote for the first time on Sunday but was left disappointed when he found his name missing.

“I came here to cast my vote. I found that my name is not mentioned in the list. Officials don't have a clue. I am standing for the past few hours but nobody is helping me,” a dejected Kumar said.

People in North-East Delhi and several other areas complained that their names were not mentioned in the voters' lists. Anil Kumar, the Delhi Congress president, was among those who could not vote after their name was missing from the list.

"My name is neither on the voters' list nor on the deleted list. My wife has voted," Kumar said at a polling booth in Dallupura in East Delhi.

Several queries sent to State Election Commission officials on the issue did not elicit any response.

BJP Manoj Tiwari alleged that the names of several hundred voters were deleted in Mauj Pur and Yamuna Vihar areas in his North East Delhi constituency at the behest of the ruling AAP.

"I have talked to State Election Commissioner and lodged a complaint with him. We will seek cancellation of the polls here if needed," Tiwari told reporters at a Maujpur ward, adding that he will also explore legal options.

READ | Bihar bypoll: BJP, JD(U) slug it out in Kurhani

Nusra Jahan (62) reached the polling booth in Bhajanpura to cast her vote but was told her name was not on the list.

She requested the officials to check again but in vain. An upset Jahan vented her anger at the officials, accusing them of shoddy work.

“I have voted in several elections and now this is the first time I have been told that my vote is not here.

"I don't know why this has been done. I asked them for an explanation, but they couldn't explain. Now I have to travel back without casting my vote. This is a mistake on their part,” said Jahan.

In Krishna Nagar (East Delhi), Rayan came to cast his vote with his wife. But the 30-year-old was unable to do so as his name was not mentioned on the list.

“I searched for my name and even asked officials but my name is not mentioned on the list. Now I am going back without casting my vote,” Rayan said.

Bundu (61) faced a similar situation. He is from Block E of Kajhuri.

“I have voted in the past but this time my name is not mentioned. I will go back home now,” he said.

Bundu claimed a few others in his locality faced the same issue.

Mohammad Salim, 57, from Jahangirpuri said that he spoke to officials when he found his name missing but was told to go to Samaypur Badli to fix the problem.

Manushi Gupta, 67, came along with her husband and two daughters to cast vote at MBS International School, Sector 11, Dwarka in Southwest Delhi.

"When I showed my voting slip to the poll officials, I was informed that my name had been deleted from the voters' list but they did not specify any reason.

"However, my husband and two daughters could cast their votes. I waited, hoping there could have been some technical error, but I was disappointed that even after waiting for an hour, I could not cast my vote," said Gupta.

Polling at 250 wards for the MCD election was being held from 8 am to 5:30 pm and counting was on December 7.

Authorities have set up 13,638 polling stations across Delhi for the exercise.

There are 250 wards in the Municipal Corporation of Delhi (MCD).

This is the first civic election after the fresh delimitation exercise. The erstwhile MCD, established in 1958, was trifurcated in 2012 during Sheila Dikshit’s tenure as the chief minister.

Both the AAP and the BJP have exuded confidence that they will emerge victorious in the polls while the Congress is seeking to regain lost turf.