Sharad Pawar Heaps Praise On Nitin Gadkari: 'Shown How An MP Can Work For Development' 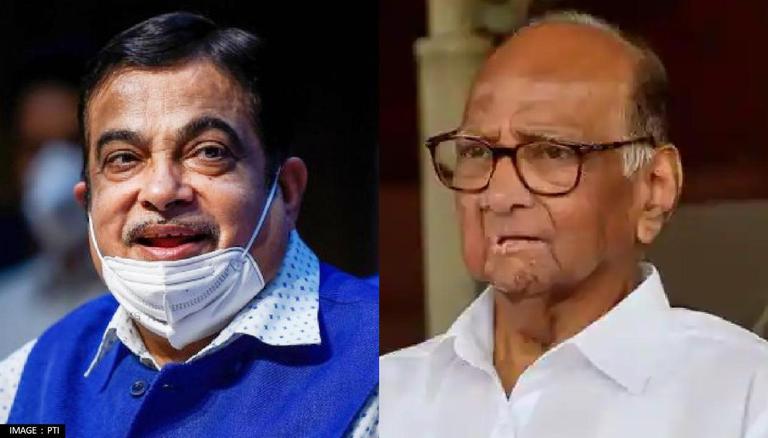 "I am attending this function because I was told that (Mr) Gadkari was going to inaugurate many projects in Ahmednagar which would solve long-pending issues of the city, and he wants me to be present," Mr Pawar said. Very often nothing happens once the stone-laying ceremony takes place for a project, the NCP leader said, adding, "But when it comes to (Mr) Gadkari's projects, within a few days of the function one sees the work starting.

He added, "Gadkari is a great example of how a people's representative can work for the development of the country. I remember that before (Mr) Gadkari took over this responsibility (of the ministry of road transport and highways), about 5,000 km of work had been done. But after he took over, the figure has crossed 12,000 km".

Pawar's praise for the BJP veteran comes amid his ally and Maharashtra CM Uddhav Thackeray calling BJP 'Sena's future friend'. At an Aurangabad event, CM Uddhav Thackeray referred to Union MoS Railways Raosaheb Danve as  'my former friend-and if we come together again, then future friend', indicating at a BJP-Sena reconciliation. Thackeray added, "If everybody comes together, they can become future colleagues too. Time will tell". Moreover, Danve also pointed out that Shiv Sena and BJP shared the same ideology and can ally in the future.

In response, ex-CM Devendra Fadnavis said, "He has realized that he is on the wrong side," but added, "We are not thinking about elections right now". Afterwards, Shiv Sena MP Sanjay Raut clarified that the CM's 'future friend' remark was to be taken for after three years - hinting at a Mahayuti alliance again. Sena has also heaped praises over PM Modi on his birthday saying 'PM Modi is the most loved leader in India now and that there was no one to replace him'.