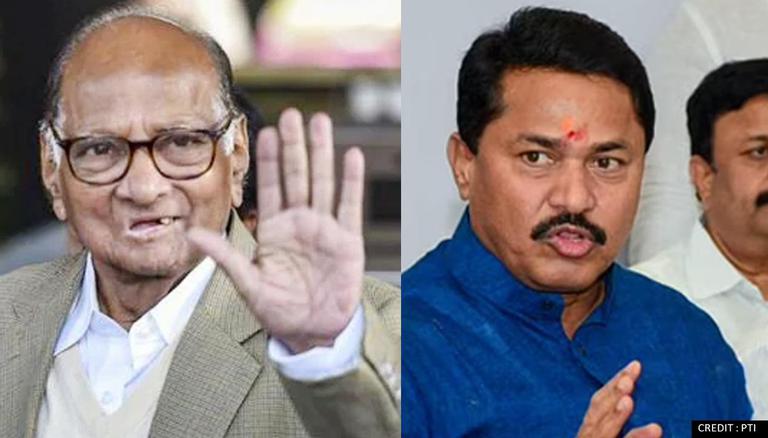 
The rift within MVA gained another dimension on Sunday after NCP supremo Sharad Pawar took a veiled jibe at Maharashtra Congress president Nana Patole. Speaking at a meeting of the Pune district Congress committee on July 9, Patole came down heavily on Deputy CM Ajit Pawar for not helping party workers in his capacity as the Guardian Minister. When being asked about this comment, Sharad Pawar affirmed that he will respond only if Congress president Sonia Gandhi speaks and not some 'junior' person.

Patole told Congress workers, "Who is the district guardian minister of Pune? Someone from Baramati. Whose work is he doing, is he doing our work? Turn these hardships into strength. Do not get mentally weak. Create strength with a resolve that we will install our person on that (guardian minister's) chair."

"I do not get into these things. These are small (junior) people. Why should I speak on it? If (Congress president) Sonia Gandhi says something, then I will speak," NCP president Sharad Pawar responded.

Despite winning a comfortable majority of its own in the 2019 Assembly election, NDA could not form the government over Shiv Sena's demand for the rotational CM post. Subsequently, Shiv Sena chief Uddhav Thackeray took oath as the CM of Maharashtra backed by new allies NCP and Congress on November 28, 2019. However, unease within the alliance has come to the fore on multiple occasions with the Sonia Gandhi-led party openly asserting that it wants to go solo in the next Assembly polls.

On June 20, Republic TV accessed an explosive letter written by Sarnaik to the Maharashtra CM dated June 9. At present, he is under the scanner of the Enforcement Directorate in connection with the Tops Grup case and the National Spot Exchange Limited money laundering case. Claiming that Congress and NCP are poaching workers of the Sena, he batted for rapprochement with BJP.

However, Sena MP Sanjay Raut asserted that the MVA government will complete its full tenure. Maintaining that Shiv Sena, Congress and NCP are committed to running the Maharashtra government for 5 years, Raut exuded confidence in the failure of all attempts to destabilize the coalition. However, speculation about rapprochement after Devendra Fadnavis recently commented, “We are not enemies. We are facing ideological differences because our friend who got elected along with us left us and held the hands of those against whom they were elected".