Addressing the media, NCP chief Sharad Pawar revealed that the MVA government will not pass any laws negating the impact of the Centre's farm legislation. 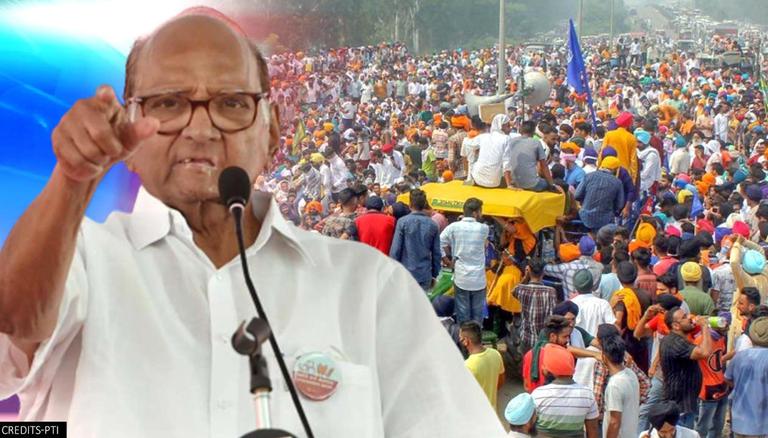 
Addressing the media on Thursday, NCP chief Sharad Pawar revealed that the MVA government will not pass any laws negating the impact of the Centre's farm legislation. While NCP and Congress had vehemently opposed the three agrarian laws, Shiv Sena had adopted a contrasting stance in both Houses of Parliament. However, all three MVA constituents were signatories to a joint letter addressed to President Ram Nath Kovind urging him to not give assent to the farm bills passed by Parliament.

Mentioning that he had spoken to Revenue Minister Balasaheb Thorat, Pawar stated that this issue is unlikely to come up for discussion in the two-day Monsoon session on July 5 and 6. He explained that the state government was still studying the manner in which the contentious aspects of the legislation can be done away with. Previously, the governments of Punjab, Rajasthan and Chhattisgarh had enacted new laws to bypass the farm Acts based on Congress president Sonia Gandhi's instructions.

Weighing in on the prolonged farm stir, NCP supremo Sharad Pawar stated, "There is a deadlock between the Centre and farmers. Hence they are still sitting there. The centre should have a dialogue with them".

Had a discussion with Balasaheb Thorat on this. As Centre has cleared the Bills, before passing these, States should discuss the contentious points & decide. I don't think it'll come up in the 2-day State Assembly session. If it comes, should be discussed: NCP chief on Farm Laws pic.twitter.com/h6hxeS12b1