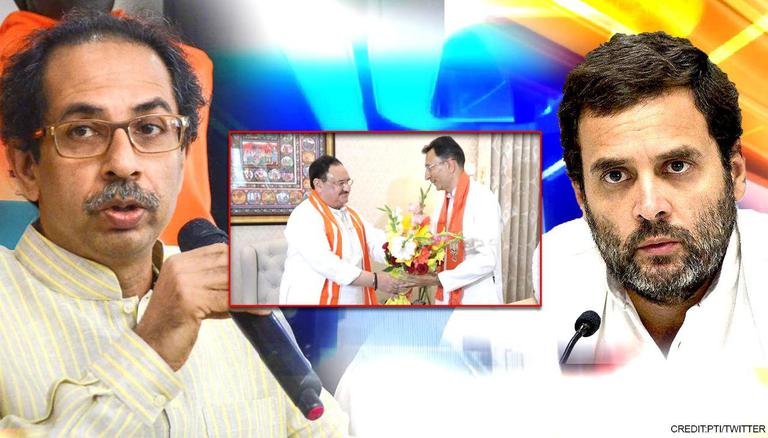 
In further embarrassment for Congress, its ally Shiv Sena expressed concern in the wake of former Union Minister Jitin Prasada joining BJP on Wednesday. Writing in Sena mouthpiece Saamana on Friday, executive editor Sanjay Raut noted, "In West Bengal, Congress suffered a devastating defeat. Congress could not form a government in Kerala despite being in a good position there. Even in Assam, Congress fell behind despite an opportunity. It lost Puducherry where it was in power". According to him, the Sonia Gandhi-led party was struggling to stay afloat in most of the country.

Sena MP Sanjay Raut stated, "Nobody can negate the impact of Manmohan Singh, Narsimha Rao, Indira Gandhi and Rajiv Gandhi on the country. Congress is fighting for its existence in all states except Maharashtra, Karnataka and Kerala. This has disturbed the political balance in the country. This situation is harmful to democracy."

Calling upon Wayanad MP Rahul Gandhi to take more responsibility for the party's functioning, he added, "Sonia Gandhi is the interim president of the party. She has properly managed the affairs of the party so far. Now, Rahul Gandhi will have to create a strong team in his party. Only this can be an answer to the questions plaguing Congress". Meanwhile, Raut also predicted that the saffron party will induct more faces from Congress in the lead-up to the 2022 Uttar Pradesh polls.

READ | Congress' state unit chides Jitin Prasada: 'Can stay in party only as worker & not leader'

While lauding the organizational strength of BJP, he also took a dig at its reliance on turncoats. The Shiv Sena spokesperson quipped, "Until now, BJP didn't require any caste equations or faces in Uttar Pradesh. They were solely reliant on Narendra Modi. They were getting votes in the name of Ram Mandir and Hindutva. Now, the situation in Uttar Pradesh is so adverse that they have to depend on Jitin Prasada for securing Brahmin votes".

After winning the Lok Sabha election in 2004 and 2009, Jitin Prasada served as MoS during the Manmohan Singh-led UPA tenure handlings portfolios such as Steel, Petroleum & Natural Gas, Road Transport & Highways and Human Resource Development. However, his career suffered a setback as he lost to BJP's Rekha Verma from Dhaurahra not just in 2014 but also in 2019 where he lost his deposit. Speaking to Republic TV a day earlier, he explained that the "huge disconnect" between Congress and the people was instrumental in his switching sides.

BJP leader Jitin Prasada explained, "I have fought elections and lost them too. I have seen people's thinking and emotions about Prime Minister Narendra Modi. After looking at all this, I came to the conclusion that I should take this decision."