Shiv Sena J&K Unit President Manish Sahni claimed that after the release of the movie, attacks on minorities were once again on the rise. 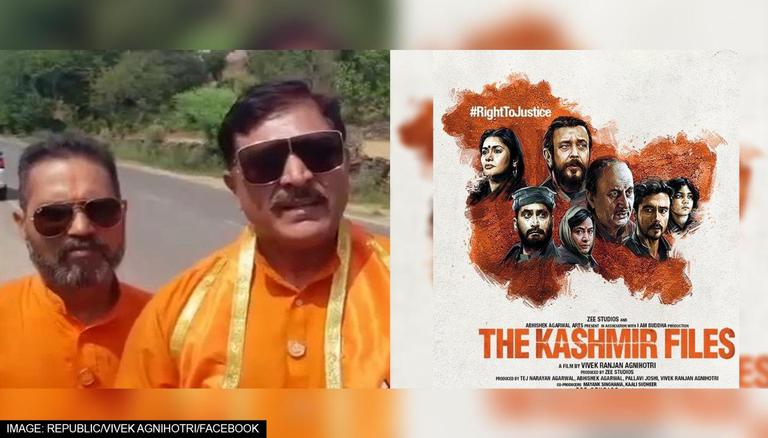 
The Shiv Sena on Monday blamed Vivek Agnihotri's 'The Kashmir Files' for the recent spate of killings in Jammu & Kashmir, alleging that the film had 'reopened old wounds' in the UT. Speaking to reporters in Katra, Shiv Sena J&K Unit President Manish Sahni claimed that after the release of the movie, attacks on minorities were once again on the rise. He also questioned the security forces and claimed that despite 3-4 terrorists being killed daily, the number of terrorists in the Valley was the same.

He added, "For long, security forces claimed 150-200 terrorists are there (in J&K) and on daily basis, 3-4 terrorists are being killed. Despite this, how is the number the same? We need to finish the terror factory and the killings of minorities need to end. The Centre needs to strengthen Kashmir's security situation."

Previously, Shiv Sena MP Sanjay Raut had weighed in on the movie and condemned the 'politicization' of the Pandit exodus. "Kashmiri pandits and Hindus suffered in Kashmir. They are yet to return back to their homes and unemployment is still an issue in J&K. How long does BJP want to play the Hindu-Muslim card?" he had questioned.

About 'The Kashmir Files'

Helmed by Vivek Agnihotri, The Kashmir Files is set in the backdrop of the early 1990s and outlines the horrific exodus of Kashmiri Hindus. Apart from veteran actor Anupam Kher, the film stars Mithun Chakraborty, Pallavi Joshi, and Darshan Kumar in pivotal roles. While the film received accolades, including by PM Modi, the Opposition accused it of creating a 'rift' between communities.

Responding to critics in an exclusive conversation with Republic's Editor-in-Chief Arnab Goswami, Agnihotri had said that the story was already written by Islamic terrorists, and he had presented it as it is. "We interviewed 700 first-gen victims and spoke to them for days. Everyone was talking about the victims of Kashmir, nobody was talking to the victims of Kashmir. Therefore, we decided to go and find the real pain, and we have presented it as is without a full stop and comma," said the director.