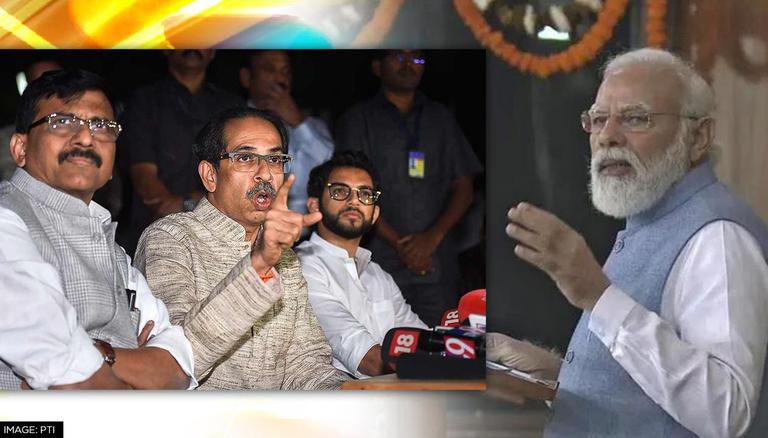 "PM Modi is scared of a 'weak' Congress and fears that Congress will replace BJP on a national level. Priyanka Gandhi has started being appreciated for her work in UP, so they are scared. Is criticising the Opposition the way to honour Constitution day?," wrote Saamana.

Extolling the Congress, Sena said, "Congress believes in the Constitutional values and democracy, unlike the BJP. After being democratically elected, they are ruling in a dictator style. While BJP is not a 'family party', it is controlled by Modi-Shah, just like the Congress is controlled by Gandhi family". Curiously, Sena skipped the Opposition party meet called by Congress

"Party for the family, by the family...do I need to say more? If a party is run by one family for many generations, then, it isn't good for a healthy democracy. How can the parties which have lost their democratic character protect democracy? ," said PM Modi.

"On the basis of merit, more than one person can go in politics from one family and this will not make the party family-oriented. But one family is in politics generation after generation," added PM Modi. In addition, the Prime Minister paid respect to Mahatma Gandhi and all those who struggled for India's independence and India's leaders who brainstormed to give us the Constitution. On November 26, 1949, the Constituent Assembly formally adopted the Constitution of India which was then enforced on 26th January 1950.