Hailing the Bombay High Court's bail order on Aryan Khan's arrest, Shiv Sena via its mouthpiece Saamana on Monday, claimed that NCB had spun its own tale 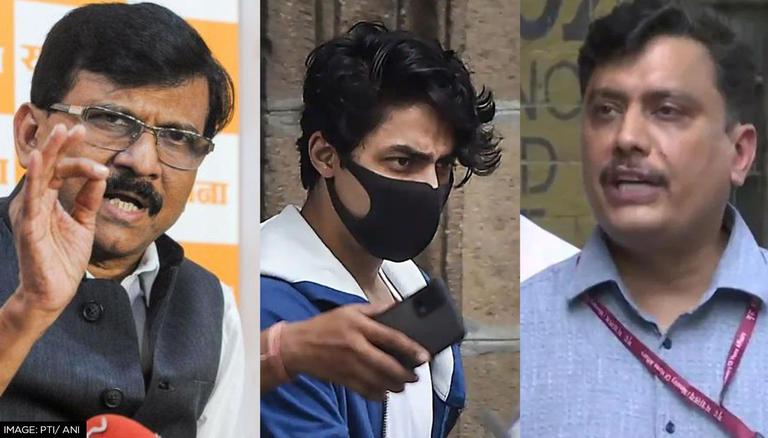 
Hailing the Bombay High Court's bail order on Aryan Khan's arrest, Shiv Sena via its mouthpiece Saamana on Monday, claimed that NCB had spun its own tale to arrest the star kid along with eight others in the Mumbai cruise drug bust. Pointing out that the Bombay HC had ruled out any drug conspiracy in the case and that no drugs were found on Khan's person, Sena claimed that several NCB officers had attempted to collect bribes to let go of the 'kids'. Demanding the arrest of all such officers, Sena lauded minister Nawab Malik for publicising all evidence of wrongdoing by NCB.

"Children of film stars, businessmen, and relatives of politicians are being targetted by NCB and demanded to pay huge sums of money to be left alone. Sharad Pawar has warned that every day Anil Deshmukh remains in jail, they will have to pay. After the many expose by Nawab Malik, BJP has now fallen silent," claimed Sena.

On Saturday, in the Bombay HC's detailed bail order on Aryan Khan's arrest, Justice Nitin Sambre said that there is no concrete evidence to convince the court that all accused persons with common intentions agreed to commit an unlawful act and repudiated the conspiracy angle. The court stated that no drugs were recovered from Aryan Khan's possession and the drugs seized from the possession of Arbaaz Khan and Munmun Dhamecha was a small quantity. SRK's son Aryan Khan along with Arbaaz Merchant and Munmun Dhamecha were granted bail by the Bombay High Court on October 30.

The court added that WhatsApp chats recovered from Aryan's phone suggest nothing objectionable. Citing the investigation done till date, the court stated that the evidence does not verify that the three 'have hatched conspiracy committing the offence in question'. "The investigation carried out till this date suggests that Applicant/Accused nos 1 & 2 (Aryan & Arbaaz)  were travelling independent of Applicant/Accused no 3 (Munmun) and there was no meeting of minds on the aforesaid issue," read the order.

After weeks of legal battle, Aryan Khan along with Arbaaz Merchant and Munmun Dhamecha were granted bail by the Bombay High Court under stringent conditions. According to the bail order accessed by Republic Media Network, the three have to surrender their passports before the Special NDPS court and are not allowed to leave India without prior permission. Other conditions also include a prohibition from tampering evidence, influencing witnesses and they must visit the NCB office every Friday between 11 am to 2 PM.