In a huge claim ahead of the UP polls, Samajwadi Party's ally OP Rajbhar stated that Shivpal Yadav asked him to talk to Akhilesh Yadav for forming an alliance. 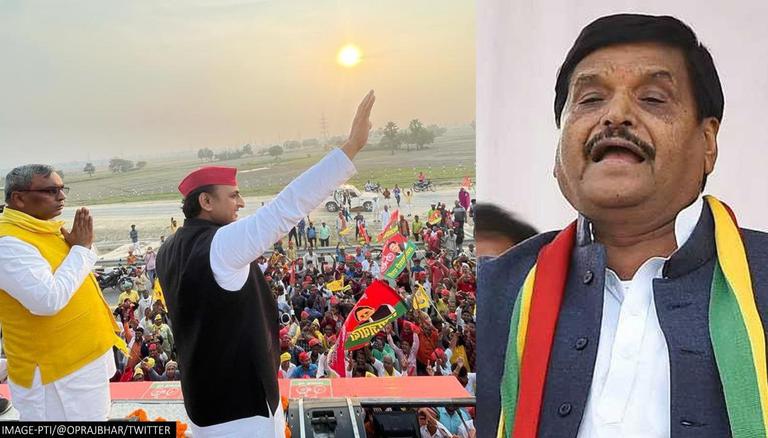 
In a huge claim ahead of the UP polls, Samajwadi Party's ally Om Prakash Rajbhar stated that Shivpal Yadav had asked him to talk to Akhilesh Yadav for forming an alliance. At present, Shivpal Yadav is the MLA from the Jaswantnagar Assembly constituency from where he has been winning since 1996. Since leaving SP, he has been heading the PSP(L)- a party that he formed on August 29, 2018. While the SP chief expressed a desire for a tie-up, his uncle has agreed to support the former as the Chief Minister provided his party contests 100 seats as a part of the alliance.

Suheldev Bharatiya Samaj Party president OP Rajbhar revealed, "4 of us met at Shivpal Yadav's house. It was decided there that Shivpal will take a decision by October 10. But he could not take a decision by the 10th regarding the SP alliance. He asked me to talk to Akhilesh for an alliance". After he broached the subject with the former UP CM, the latter requested more clarity from Shivpal Yadav's end.

"There are 9 parties with us so far. Include Krishna Ji. You saw Baburam Pal Ji, Premchand Prajapati, Anil Chauhan, Ramsagar Bind, Satish Banjara, Premchand Kashyap, Gulab Ji were on the stage on the 27th. From that day itself, I said that we are talking to others. I had facilitated one round of talks of Pallavi Ji and Krishna Ji with Akhilesh," he added.

SP seeks comeback in UP

In the 2017 Uttar Pradesh Assembly election, BJP had won a whopping 312 seats in the 403-member House, whereas BSP could win only 19 seats. On the other hand, the SP-Congress alliance failed to bear fruit as it could win in only 54 constituencies. While Akhilesh Yadav has ruled out any alliance with Congress and BSP for the 2022 UP polls, he has hinted at allying with his uncle Shivpal Yadav.

So far, SP has announced a tie-up with Mahan Dal and Rajbhar's SBSP. Amid speculation over Jayant Chaudhary's meeting with Akhilesh Yadav on Tuesday, sources told Republic TV that Rashtriya Lok Dal is likely to be allocated 30-35 seats for the 2022 UP polls. On Wednesday, Krishna Patel has announced that her faction of the Apna Dal will forge an alliance with SP.

Meanwhile, the SP chief met AAP's UP in-charge Sanjay Singh leading to the speculation that the SP-AAP alliance is on the cards. As per sources, they met for about an hour at the Janeshwar Mishra Trust office in Lucknow where a discussion was held on seat-sharing and other possibilities for the upcoming Uttar Pradesh election. So far, neither Yadav nor UP CM Yogi Adityanath have decided to contest the Assembly election.

WE RECOMMEND
Shivpal Yadav opens up on SP tie-up prospects; claims Mulayam offered to campaign for him
Akhilesh & Shivpal Yadav bury the hatchet, will share stage on Mulayam Singh's birthday