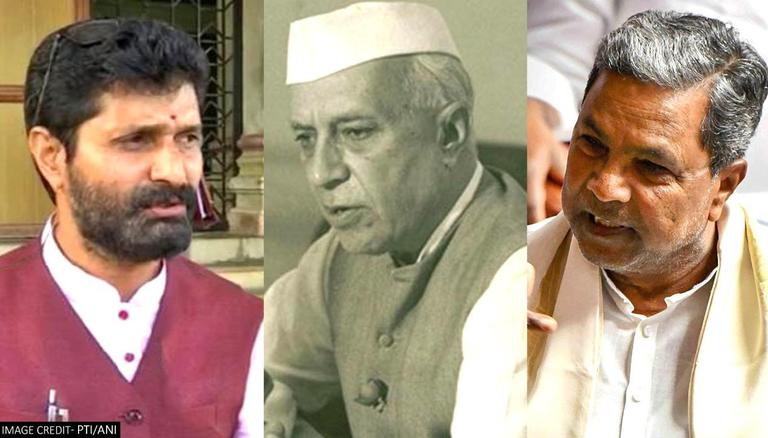 
Infuriated by BJP National General Secretary C T Ravi's tirade against late ex-PM Jawahar Lal Nehru and Indira Gandhi, ex-Karnataka CM Siddaramaiah on Thursday, alleged that Ravi desired to excise minister and hence was making inflamatory statements. Claiming that Indira Gandhi canteens were opened to feed the poor, he alleged that BJP was misconstruing Nehru's love for culture for his interest in hookahs. Asking why Ravi had such anger against the Nehru-Gandhi family, he slammed Ravi's suggestion of renaming Indira canteens and opening Nehru hookah bars.

Siddaramaiah: "Why so angry on Nehru-Gandhi family?'

On Thursday, BJP National General Secretary C T Ravi reiterated his demand to rename Indira Canteens as "Annapoorneshwari Canteen", adding "let Congress open the Indira Canteen or Nehru Hookah Bar at its office". Alleging that there was "pure politics" behind naming the canteens after late former Prime Minister Indira Gandhi, he said the BJP doesn't have prejudice to reject everything she and her father Jawaharlal Nehru, the first PM of the country, did, as both have contributed to the nation. Siddaramaiah had opened Indira canteens in 2017 to serve highly subsidised food.

Raising questions about a stadium being named after PM Narendra Modi and late BJP leader Arun Jaitley, and projects being named after Deendayal Upadhyaya and Vajpayee among others, Leader of Opposition in the assembly Siddaramaiah asked whether the Hookah Bar analogy applicable to them as well "....I don't want to speak lightly about anybody". Noting that Indira and Rajiv Gandhi have sacrificed their lives for the country KPCC President D K Shivakumar said let BJP leaders point out one such sacrifice from their party. "Ravi doesn't know the history and to respect people," he added.