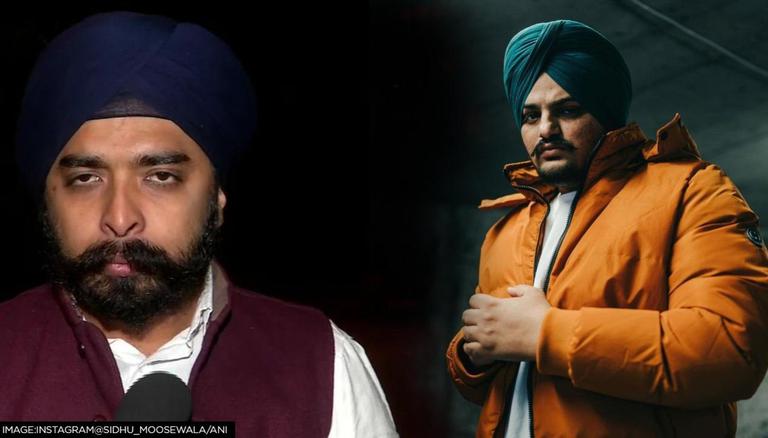 "Law and order has collapsed in Punjab. Only 2 people @ArvindKejriwal and @raghav_chadha  are responsible who are operating this govt from Delhi," Tajinder Pal Bagga wrote in a Twitter post.

law and order has collapsed in Punjab. Only 2 people @ArvindKejriwal and @raghav_chadha are responsible who are operating this govt from Delhi https://t.co/3KUmQIlJfU

Notably, the Aam Aadmi Party has come under immense criticism over the Chief Minister Bhagwant Mann-led administration's decision to withdraw Moosewala's security cover a day before he was shot dead. Several opposition parties are blaming the AAP government for the Punjabi singer's murder.

At 5.30 PM on Sunday, May 29, Punjabi singer and Congress leader Sidhu Moosewala was travelling in his own car in Mansa's Jawaharke village, with two people when a car came from behind and two cars from the front and unknown miscreants opened fire. The Punjab Police informed that all three people sustained bullet injuries and were immediately rushed to the nearby hospital. Upon arrival, Moosewala was declared dead.

In a news briefing yesterday, Punjab DGP Viresh Kumar Bhawra confirmed, "When Sidhu Moosewala along with his cousin and friend reached village Jawahar Ke, they were followed by a white corolla and they were intercepted from the front by two cars including white Bolero and a dark Grey Scorpio."

Hours after the murder in broad daylight, Canada-based gangster Satinder Singh alias Goldy Brar claimed responsibility for the killing. He confessed that he along with Sachin Bishnoi, Lawrence Bishnoi group was responsible for the murder.

Posting a statement on social media, Brar said, "He was named in the killing of our brother Vicky Middukhehra, Gurlal Brar but the police didn’t act. He was also behind the encounter of our brother Ankit Bhadu...Delhi Police had put his name in front of the media, but still, by using his power he was avoiding punishment, no action was being taken against him. He was working against us."