Earlier, Sonali Phogat's nephew Vikas Singhmar, an advocate in his family, expressed dissatisfaction with the investigation being carried out by the Goa police. 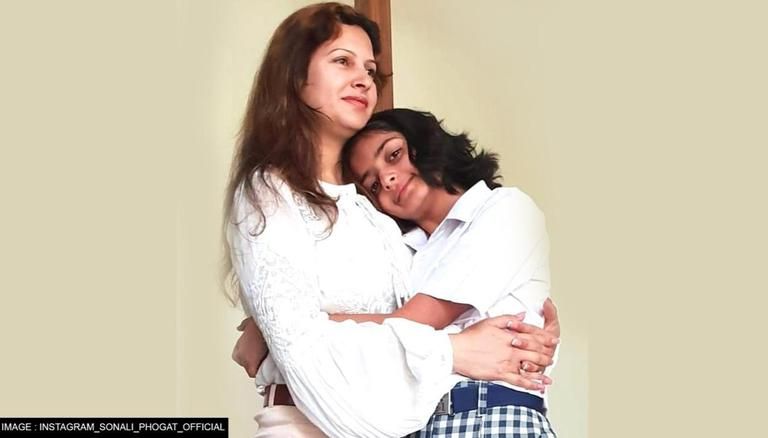 
Days after the murder of Sonali Phogat allegedly by her assistants in North Goa, her daughter Yashodhara has launched a social media campaign demanding a CBI probe into the incident. Creating an account on Twitter, Yashodhara put out a tweet seeking public support to hand over the case to the Central Bureau of Investigation.

Sonali Phogat's family has already written to the government of Haryana seeking a central probe into the matter. Phogat's nephew Vikas Singhmar, an advocate in his family, expressed dissatisfaction with the investigation being carried out by the Goa police.

Phogat (43), a former Tik Tok star and contestant on the reality TV show "Bigg Boss", was brought dead to a hospital in the North Goa district on August 23, a day after her arrival in the coastal state with two of her male companions. Sudhir and Sukhwinder have been arrested for her alleged murder.

Vikas Singhmar said, “Goa police is not doing a proper investigation into the murder case. I think political influence is also behind this. We will now move to Goa High Court demanding a Central Bureau of Investigation (CBI) probe.”

He further said that they have written to Chief Justice of India UU Lalit for a CBI inquiry and will approach the Goa High Court with a writ petition if they are not satisfied with the answer of the top court.

Earlier, Phogat’s family had met Chief Minister Manohar Lal Khattar in connection with the investigation. The Haryana CM had assured the family of a CBI investigation.

Meanwhile, Goa Chief Minister Pramod Sawant chaired a high-level meeting on Friday to deliberate on various issues including the Sonali Phogat murder case. Sawant issued directions to strengthen the Anti-Narcotic Cell in the state and also directed the officials to crack down on anti-social elements and take action against such criminal activities.

Sonali Phogat was allegedly forced to consume a drink laced with drugs at a party on the intervening night of August 22 and 23.  According to top sources in the Goa police, Phogat was administered methamphetamine and some left-over drug was recovered from the restaurant's washroom. The police have arrested Phogat's personal assistant Sudhir Sangwan, another aide Sukhwinder Singh, restaurateur Edwin Nunes, and alleged drug peddlers Dattaprasad Gaonkar and Ramdas Mandrekar in connection with the matter.