Reacting to the Assembly polls results, Congress president Sonia Gandhi opined that the performance of her party was "very disappointing" and unexpected. 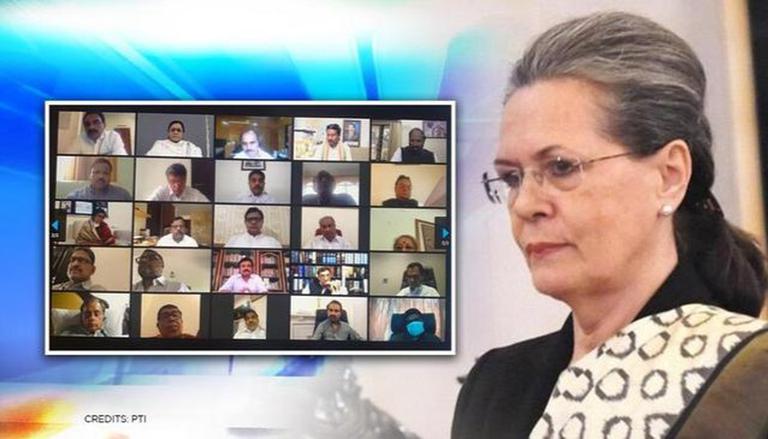 
In her first reaction to the Assembly polls results, Congress president Sonia Gandhi on Friday opined that the performance of her party was "very disappointing" and unexpected. While it drew a blank in West Bengal, Congress failed to prevent the BJP government from coming back to power in Assam despite forging a formidable alliance of opposition parties. Though it managed to be a part of the winning alliance led by DMK in Tamil Nadu, it suffered a huge setback in Kerala as the LDF became the first incumbent government in the state after 40 years to retain power. In another embarrassment to the Sonia Gandhi-led party, it could bag only two seats in Puducherry as against that of BJP that won 6 seats.

Speaking at the Congress Parliamentary Party meeting, the Rae Bareli MP stated that it was necessary to draw the appropriate lessons from this setback in a spirit of humility and honesty. She added that a meeting of the Congress Working Committee will be held shortly to review the election results. At the same time, the Congress president congratulated Mamata Banerjee, MK Stalin and the Left for their "handsome victory" in West Bengal, Tamil Nadu and Kerala respectively.

I say this categorically - India is crippled by a political leadership today that has no empathy for the people. The Modi govt has failed the people of our country.

In her remarks, Sonia Gandhi lamented that thousands of people have died and millions are scrambling to access basic healthcare, life-saving medicines, oxygen, and vaccines. Moreover, she accused the Centre of abdicating its fundamental responsibilities instead of alleviating their suffering. According to her, the Modi government refused to strengthen the supply chains for oxygen, medicine, and ventilators despite advice from experts. In a dig at UP CM Yogi Adityanath, the Congress president regretted that some BJP governments were cracking down on people who are crying out for help.

She also slammed the Union government for allowing differential pricing for vaccines despite even though Rs.35,000 crore was allocated in the Union Budget for novel coronavirus vaccines. Appreciating the efforts of the Youth Congress, she called upon party workers to organise ambulances, temporary beds, oxygen concentrators and necessary medicines and render all possible help to the people. She urged the Centre to summon an all-party meeting on the COVID-19 situation and demanded that all Parliamentary Standing Committees must be convened to ensure collective action and accountability.

Sonia Gandhi remarked, "Let us be absolutely clear -- the system hasn’t failed. The Modi government has been unable to constructively channelize India’s many strengths and resources. I say this categorically - India is crippled by a political leadership today that has no empathy for the people. The Modi Government has failed the people of our country."