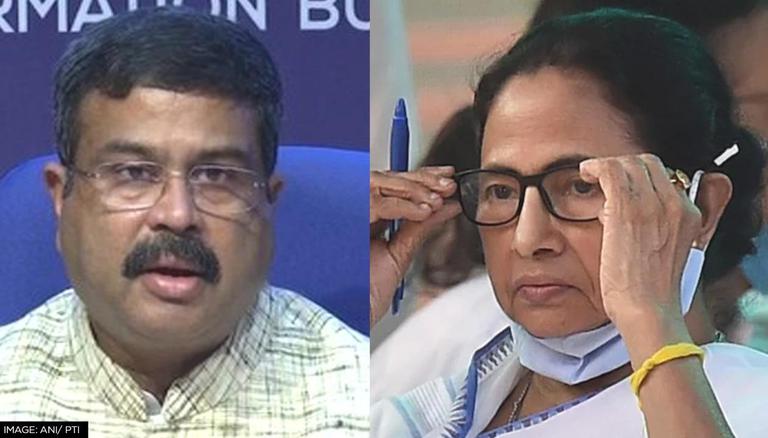 
Union Education Minister Dharmendra Pradhan on Tuesday wrote to West Bengal Chief Minister Mamata Banerjee asking her to "take necessary corrective measures to restore the confidence of people" in wake of the alleged SSC scam. According to news agency ANI, the written letter by the Union Minister read, "I assure you our continuous support and highest consideration to ensure access to quality education in Bengal."

Earlier on July 25, Pradhan hinted at writing to Bengal Chief Minister Mamata Banerjee regarding the alleged irregularities at state government-sponsored and aided schools. “I will write to the Chief Minister on behalf of the Centre to seek her views on the matter," Pradhan was quoted by PTI as saying.

The Enforcement Directorate (ED) arrested Trinamool Congress (TMC) leader and former state minister Partha Chatterjee on July 24 in connection with the alleged scam, after conducting raids at various places in the state linked to his close aide, Arpita Mukherjee. However, Chatterjee has been repeatedly denying the charges and saying that he will come out clean after the investigations.

According to reports, nearly Rs 50 crore in cash and jewellery were recovered from Mukerjee's residences by the investigation agency last week.

Meanwhile, Chatterjee was sacked as the minister on July 28 and was also removed from all party posts after charges were placed against him. He was suspended from the TMC, despite his long association with the party. The ex-minister held the portfolios of Commerce and Industry and had previously served as the Minister of Information Technology and Electronics, and Public Enterprises and Industrial Reconstruction in the state cabinet.

Chatterjee was arrested by the ED after raids were concluded at his Kolkata residence. The raids were conducted for more than 26 hours. The leader was sent to ED custody, following which, a special Prevention of Money Laundering Act (PMLA) court in Kolkata on July 25 extended his ED remand. His aide Arpita Mukherjee's ED custody has been extended till August 3.