Sukhbir Badal Promises To Include Only 'doable Demands'; SAD To Prepare Manifesto By Oct

SAD chief Sukhbir Badal informed that his party will only put doable promises in the manifesto, unlike Congress. 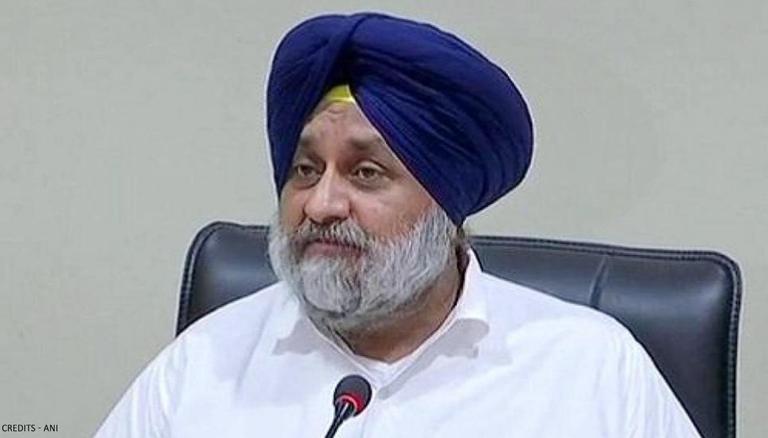 
The Shiromani Akali Dal (SAD) Chief, Sukhbir Badal announced on Friday that the manifesto for the Punjab Assembly Election 2022 will be ready by October 2021. Badal said that SAD will only include the demands that are possibly doable and can be fulfilled, unlike Congress which puts false promises in its manifesto to lure votes.

Sukhbir Badal's announcement comes after the 'Muzalam Front' or Employees' Front of the party submitted their demand in a meeting with the SAD Chief. "The SAD believes in keeping its word," said Badal.

SAD to ally with BSP

The Shiromani Akali Dal who was involved in an alliance with BJP till September 2020, is in the talks to form an alliance with Bahujan Samaj Party (BSP). SAD broke its alliance with BJP after the Centre approved three contentious agricultural laws and the whole country witnessed massive farmers' protest. BJP will reportedly go solo in the Punjab Assembly Polls 2022, and the party is presently strengthening its influence in the state. BSP which earlier never joined forces with any part and failed to win double-digit seats in Punjab will have a higher chance to gain recognition in the state along with SAD. The Shiromani Akali Dal (SAD) has already its strong base amid the Dalit section of the state and has its influence in the Doaba region.

READ | SAD & BSP to ally for Punjab Elections 2022; deal to be finalised amid Congress turmoil

Punjab will run into polls most probably in March 2022 to elect the 117 members of the legislative assembly. The state is presently governed by Congress. Sonia Gandhi recently took action against the ongoing scuffle between CM Captain Amarinder Singh and his rival Navjot Singh Sidhu within the party. A three-member committee including Rajya Sabha LoP Mallikarjun Kharge, ex-Delhi MP JP Agarwal, and AICC general secretary in charge of Punjab Harish Rawat has been created to resolve the issue before the 2022 Assembly Elections.