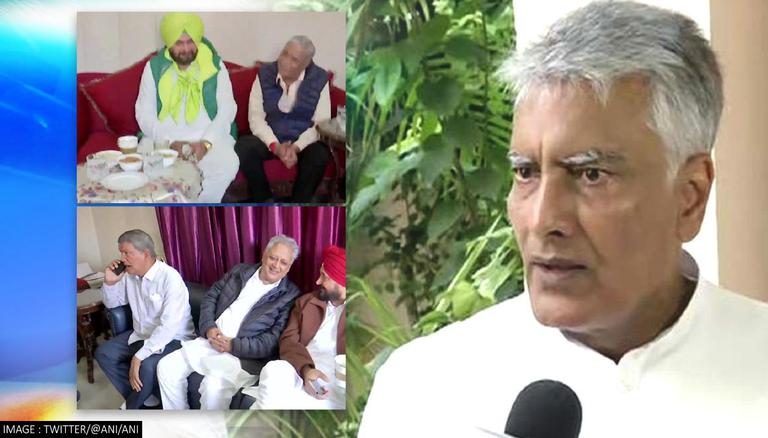 
Congress leader Sunil Jakhar took a jibe at the sight of Punjab CM Charanjit Singh Channi and state party chief Navjot Singh Sidhu along with other senior leaders who met with the former state in-charge Harish Rawat in Dehradun. Hinting at the existing factionalism in the party, Jakhar tweeted, 'Political' Pilgrims but each one trying to appease a different Deity'.

Taking to Twitter, Jakhar shared, "'Political' Pilgrims But each one trying to appease a different Deity. I have gone to Peer Manavan! The question is: which pir'

The statement comes as CM Channi, Sidhu, Harish Chaudhary and Vidhan Sabha Speaker Rana Singh met in Dehradun to embark on the journey to Kedarnath Temple to offer prayers together.

Intensifying the infighting and factionalism within the Indian National Congress, Sidhu lashed out at his own party and accused the CM Charanjit Singh Channi-led regime of "making false promises." Speaking at the Samyukta Hindu Mahasabha, the Punjab Congress chief said, "Give people 'lollipops' in the last two months. The question is from where they'll (CM Channi-led government) give it? Is the objective just to form govt by telling lies & making false promises? The way of Punjab's welfare comes from a roadmap."

The rift between Sidhu and CM Channi intensified on Monday after the latter refused to accept the resignation of Advocate General Amar Preet Singh Deol. His ouster was one of the main demands put forth by Sidhu for a possible rapprochement with the party's top brass after being ignored for the CM's post.

The Congress has been in firefighting mode ever since Sidhu was appointed the PPCC chief, much to ex-CM Captain Amarinder Singh's dismay. After Amarinder Singh's resignation paved the way for Charanjit Channi, the first Dalit Sikh CM of Punjab, a similar sight was witnessed as Sidhu attempted to dictate terms, including key appointments in the Punjab administration. Tensions between Sidhu and the new CM surfaced after reports claimed that he was miffed over the appointment of Channi, with his camp backing for a 'Jatt Sikh' as a CM face. Thereafter, he raised his objections to the induction of Rana Gurjeet Singh into the Cabinet.

With the news of Captain Amarinder Singh floating his own outfit and hinting at an alliance with the BJP, the instability in the Punjab Congress could strongly backfire for the party ahead of the 2022 polls.