The BJP leader said that it was Babul Supriyo whom CM Mamata Banerjee had referred to as being involved in coal theft and cow smuggling cases. 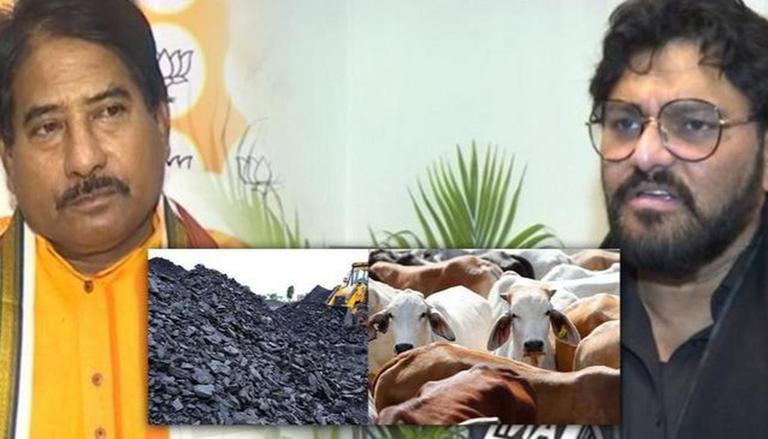 The BJP leader said that it was Babul Supriyo whom West Bengal CM Mamata Banerjee had referred to as being involved in coal theft and cow smuggling cases and that the Union Minister left the party to escape from allegations.

"A month ago, Mamata didi had said that a Union Minister is involved in coal theft and cow smuggling case. She was talking about Babul Supriyo. He had first said that he is retiring from politics then suddenly he left the BJP, a party that is in power at the Centre, only to join a regional party," Sarkar said.

"He has joined the TMC for his survival, to evade ED"

The saffron party MP alleged that Supriyo joined the TMC to avoid the Enforcement Directorate (ED). "Had Babul Supriyo not joined the TMC, whatever documents the TMC has with them, the party would have given them to the ED. So he must have done this to evade the ED," Sarkar stated.
"He has joined the TMC because he can earn a lot of money through coal smuggling, cow smuggling, illegal coal mining, and sand mining," Sarkar iterated.

Citing the recent resignation of TMC leader Arpita Ghosh from the upper house of the Parliament, Sarkar said that TMC may send former Union Minister Babul Supriyo to the Rajya Sabha seat vacated by Arpita Ghosh.

It should be noted here that Supriyo had stepped down from the post of Minister of State for Environment, Forest and Climate Change in August. In a Facebook post, Supriyo stated that there was a disagreement of opinion between him and the state BJP leadership and that the difference of opinion among senior leaders was "harming the party."

READ | BJP breaks silence on Babul Supriyo's comeback with TMC; 'No loss to the party'