Leader of Oppn & BJP MLA Suvendu Adhikari on Wednesday met PM Modi and apprised him about the alleged post-poll violence against BJP workers in West Bengal. 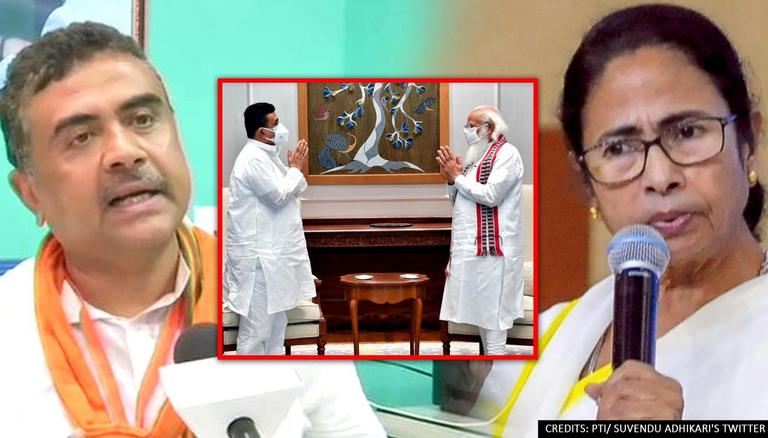 
Leader of Opposition in the West Bengal Assembly and BJP MLA Suvendu Adhikari on Wednesday met Prime Minister Narendra Modi at his official residence in New Delhi. According to sources, Suvendu Adhikari during the meeting apprised PM Modi about the alleged violence against BJP workers in West Bengal post the Assembly elections and the current political dynamic in the state. The BJP MLA also informed PM Modi that now BJP workers are living in fear, sources said.

I met PM Modi, JP Nadda Ji and briefed them on the current situation in West Bengal. More than 40 BJP workers were murdered in the State. This violence in the State should end: BJP MLA from Nandigram, Suvendhu Adhikari, in Delhi pic.twitter.com/ivlWrDz8WZ

Sources have further informed that saffron party leaders have now left Bengal and are now residing in Assam due to fear of violence. Earlier on Tuesday, Suvendu Adhikari had met Union Home Minister Amit Shah and several other Union Ministers and BJP leaders in Delhi.

Met the Honourable Union Home Minister @AmitShah Ji .
Discussed on several matters and seeked blessings for Bengal .
Honourable HM assured, he was and he will be there for Bengal always . pic.twitter.com/K7fzCjjNCu

Earlier on Tuesday, Suvendu Adhikari met Union Home Minister Amit Shah at his residence. As per reports, the BJP leader met Shah for over half an hour. The Nandigram MLA visited the national capital for the first time after the recent West Bengal assembly elections. While speaking to Republic TV, Suvendu Adhikari had said his visit to Delhi comes due to his position as an Opposition leader in the state. Adhikari had also informed that he visited the BJP high command in order to seek guidance and advice from the saffron party's leadership.

"The BJP has given me the responsibility of Opposition leader in the West Bengal assembly. Since I am the opposition leader, I am visiting Delhi. The BJP is not a regional party or a private company, it is a national party. Therefore being an MLA and an Opposition leader, I will work under the guidance of the BJP. I will also meet party chief JP Nadda today. Tomorrow I will be meeting Prime Minister Modi at 12." Adhikari had remarked.

The Mamata Banerjee-led TMC won a landslide victory in the recent assembly elections. The TMC defeated the BJP with a clear majority. The EC's data stated that the TMC won 213 seats while the BJP garnered 77 seats. However, the other alliance consisting of Congress-Left-ISF had failed to win a single seat. On the other hand, independent candidates have bagged two seats. The BJP gained 74 more seats than the previous election with a vote share of 38.13% against TMC's 47.94%. Even so, Mamata Banerjee was defeated by her ex-aide Suvendu Adhikari in Nandigram who had joined the BJP, which won its 77 seats almost from scratch.