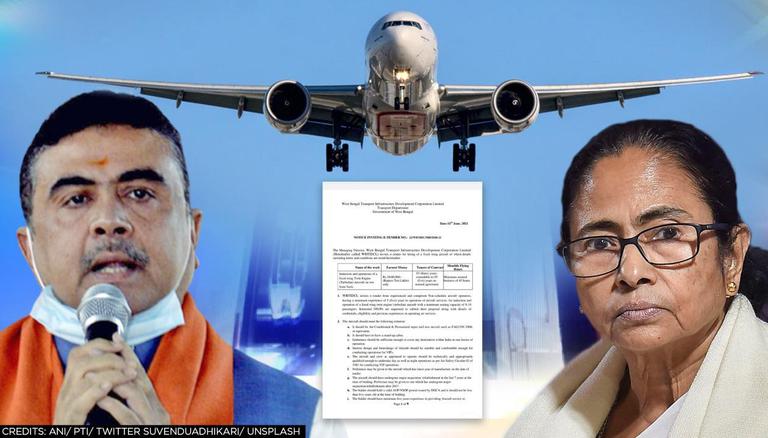 Head of State marred by Fake vaccination conducted by fake official, now wants to have a delusional flight.

Drawing an analogy between the aircraft demanded by the West Bengal Chief Minister and Pushpak Rath, which was owned by Raavan (considered to be the most luxurious vehicle), the BJP leader said that CM Mamata is dissatisfied with the helicopter's range and therefore has started a process of acquiring a 10-seater aircraft.

Pushpak Rath for (self proclaimed) PM???

Dissatisfied with helicopter's range, process of acquiring a 10 seater Airplane has been initiated.

Convenient for whimsical criss-crossing of the entire country for upcoming Loksava poll campaigning? On Govt expenses?

Stating that this new aircraft, which is being demanded by Mamata Banerjee will be convenient for whimsical crisscrossing of the entire country for upcoming Lok Sabha poll campaigning, Suvendu Adhikar slammed the West Bengal Chief Minister for acquiring a 10-seater aircraft on government's expenses.

The West Bengal Transport Infrastructure Development Corporation Limited on June 11 had issued an e-tender for hiring a fixed-wing aircraft. The e-tender reads, "WBTIDCL invites e-tender from experienced and competent, Non-schedule aircraft operators, having a minimum experience of 5 years in operation of aircraft services for induction and operations of a fixed-wing twin-engine (turbofan) aircraft with a minimum seating capacity of 8-10 passengers."

As per the e-tender, some of the demands are mentioned below: