Setting up Suvendu Adhikari against Mamata Banerjee for the Nandigram seat, BJP Central Election Committee on Saturday, announced its candidates for 2 phases

BJP's Suvendu Adhikari to be fielded against Mamata Banerjee for Nandigram seat: Sources

Among the top name fielded are: 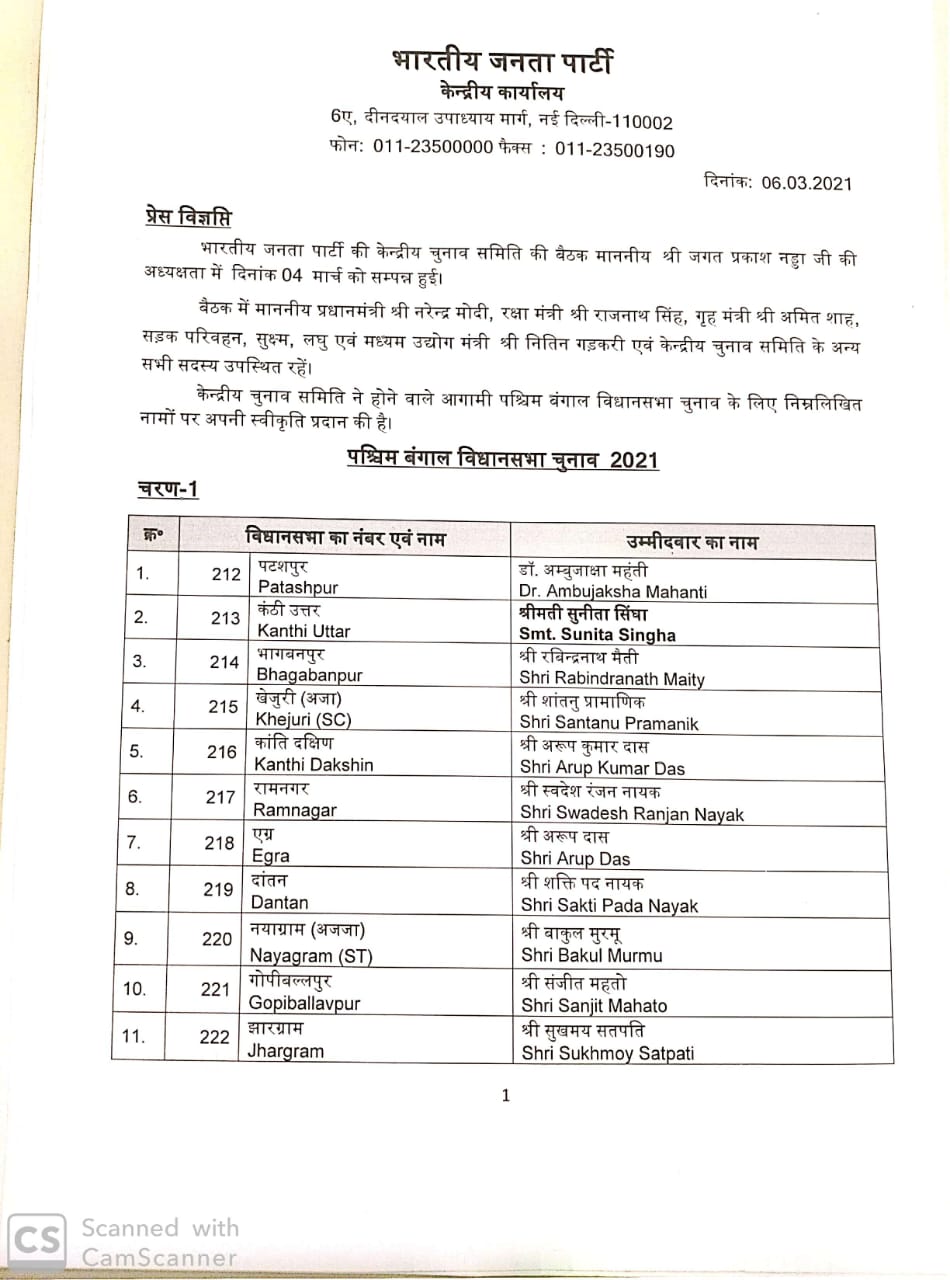 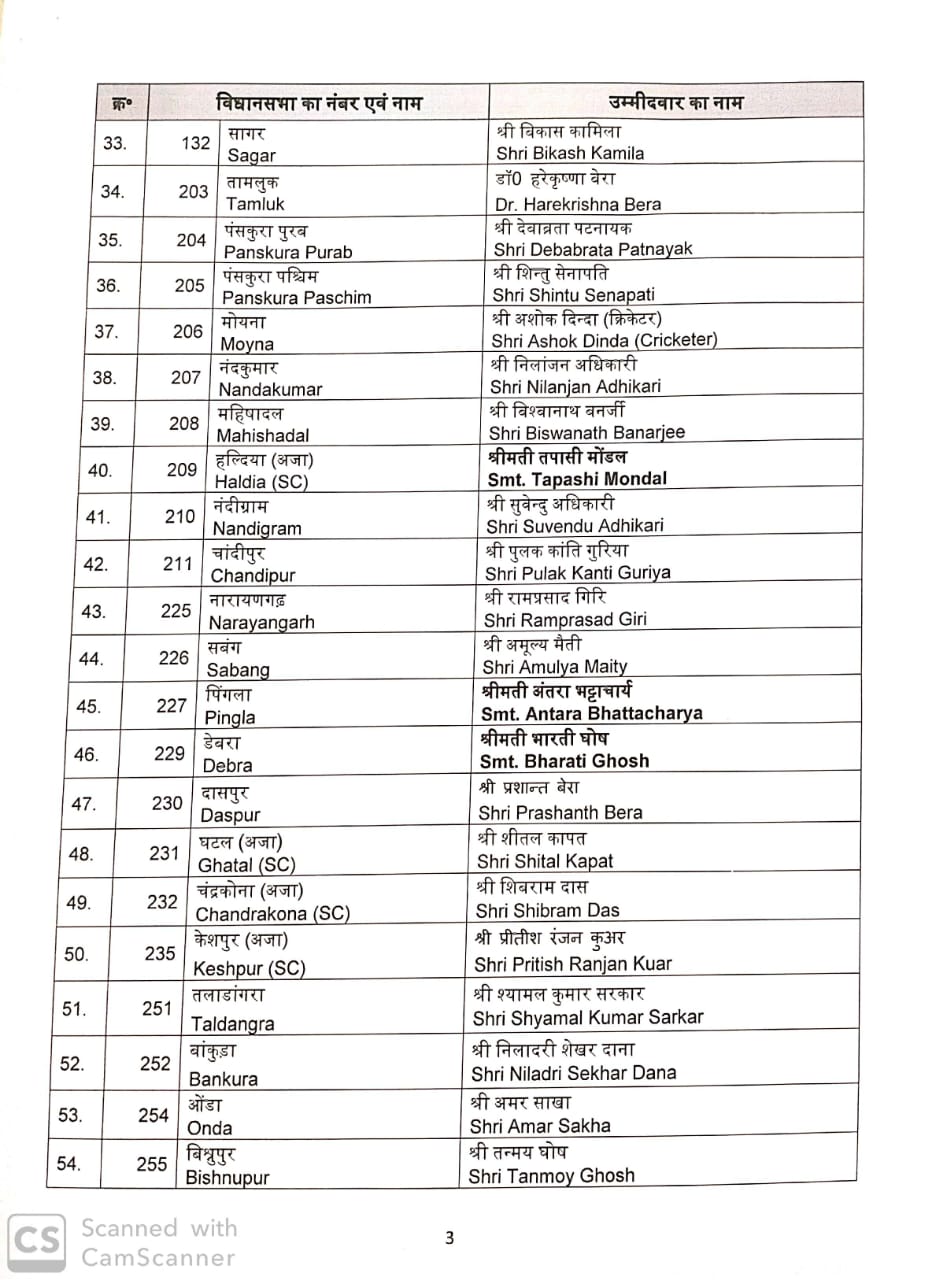 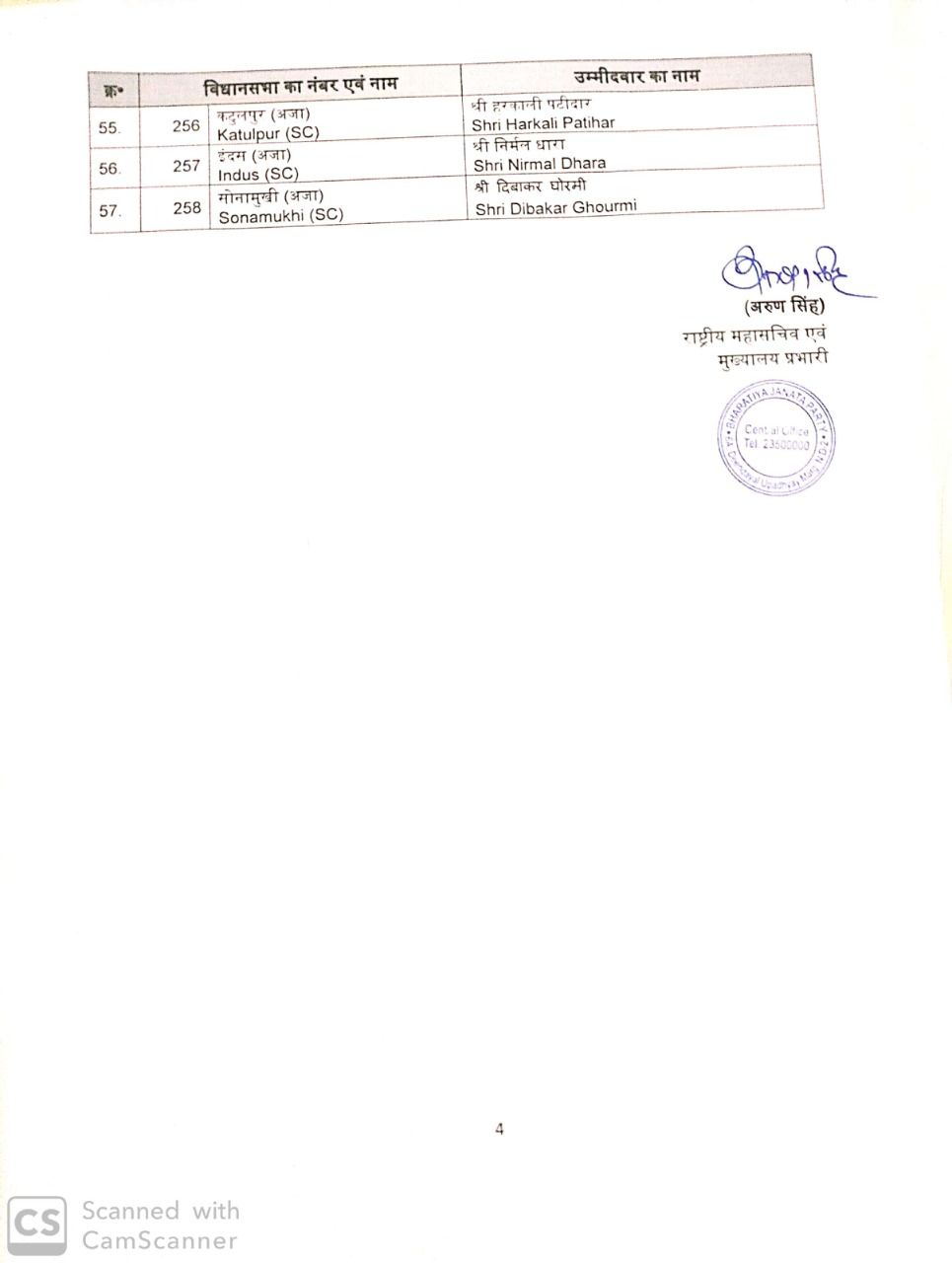 Mamata: 'I will contest from Nandigram'

Taking up BJP's challenge, West Bengal CM Mamata Banerjee on Friday, announced that she will contest only from the Nandigram seat in East Midnapore district, and not from Bhowanipore - where Sobhandeb Chattopadhyay will contest. While she also hinted that she may contest from Tollygunj, TMC announced the candidate list for the 291 seats it will contest on. The 291-candidate list includes 50 women, 42 Muslim candidates. The TMC will not contest for 3 seats of north Bengal.

On January 18, Banerjee announced that she will contest from Nandigram in the upcoming state polls. She suggested that she may contest from both Bhawanipore and Nandigram, setting up a direct faceoff with her ex-confidante Suvendu Adhikari. The ex-Nandigram MLA- who was the mastermind of the 2007 Nandigram agitation - responded, "I will leave politics if I fail to defeat her by half a lakh votes". While Adhikari has publically expressed his wish, BJP has officially confirmed it today.

The saffron party is gearing for a tough battle in Bengal - aiming to attain more than 200 seats, while not fielding a CM face yet. The BJP had already politically divided Bengal into five parts - North Bengal, Rath Bang (South Western District), Nabadwip, Medinipur and Kolkata, handpicking Shivprakash, Sunil Deodhar, Dushyant Gautam, Bhikubhai Dalsania, Ravindra Raju,  Vinod Sonkar, Harish Dwivedi to ta work on booth levels in these regions. With over 65,000 booth committees and 14,000 Shakti Kendra constituted, the BJP has appointed five veterans as central observers - with the final call to be taken by Amit Shah.

With BJP chief JP Nadda, Amit Shah, PM Modi holding regular public meetings, roadshows in Bengal, the saffron party has also seen an inrush of disgruntled TMC leaders like - Suvendu Adhikari and his two brothers, Rajib Banerjee, Jitendra Tiwari, Vaishali Dalmiya, Dinesh Tiwari and many others. BJP has invited ex-TMC MP Mithun Chakraborty, BCCI chief Sourav Ganguly to join the PM Modi on stage on March 7 at the 'Brigade rally' in Kolkata and Chakraborty is set to accept. The ex-Team India captain is yet to do so.