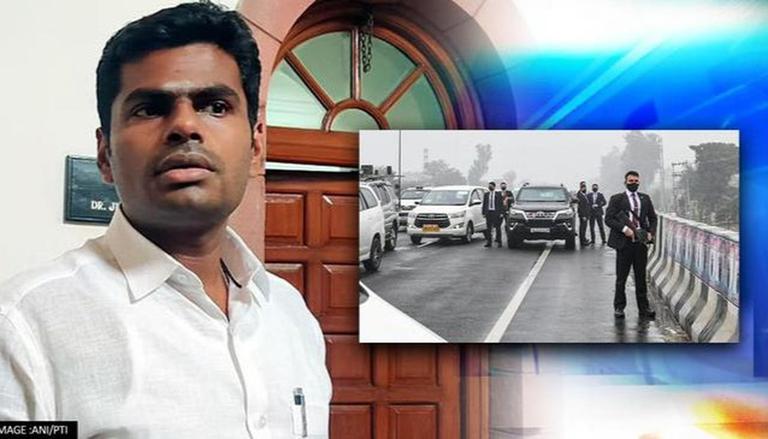 
Amid the rising furore over Prime Minister Narendra Modi’s security breach, Tamil Nadu BJP President K Annamalai and other BJP leaders met the Tamil Nadu Governor R.N. Ravi on Friday and urged him to take up the issue of the security breach with President Ram Nath Kovind.

While noting the seriousness of the issue, the BJP leaders stated that despite losing their stalwart leaders and two previous Prime Ministers Indira Gandhi and Rajiv Gandhi to terrorism, the Congress party had failed to understand the gravity of the issue.

We have also strongly condemned the lackadaisical attitude of the Punjab @INCIndia government in this episode pic.twitter.com/Ha7XyJYGPI

The Tamil Nadu BJP had also contended that the Congress-led Punjab government had shown dereliction in providing optimal security to Prime Minister Narendra Modi during his visit to Punjab on January 5.

Furthering their argument, Tamil Nadu BJP leaders said that there was enough evidence to prove that Prime Minister Modi’s security was compromised. The BJP made the following arguments:

This comes at a time when the investigations in the matter are underway. Tamil Nadu BJP asserted that they are confident that appropriate actions will be taken to address this issue. On Friday, the Ministry of Home Affairs (MHA)-constituted Committee has summoned 14 top police officials, including Punjab DGP, who were responsible for the Prime Minister's security during his visit to Punjab's Ferozpur on January 5. Fourteen Punjab police officials, including the Punjab police chief S Chattopadhyay, Punjab ADGP, Patiala IGP and Ferozpur DIG, were summoned by the committee. Besides, the MHA issued a notice to the Bathinda Police chief asking asked him to submit his response by 5 pm on January 8.