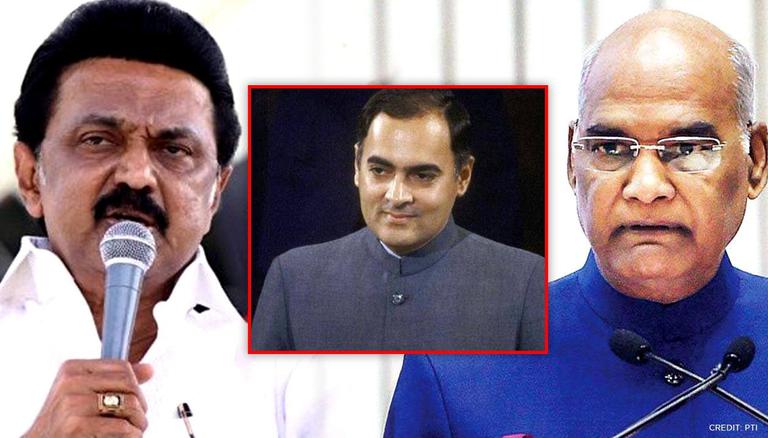 
A day after AG Perarivalan was granted 30-day parole on medical grounds, Tamil Nadu CM MK Stalin wrote to President Kovind seeking the release of the seven convicts in the Rajiv Gandhi assassination case. A G Perarivalan, Nalini, her husband Murugan, T. Suthendraraja, Jayakumar, Robert Payas, and P Ravichandran are the seven convicts in the assassination case and have been in prison for over 30 years. In his letter to President Kovind, CM Stalin noted that a majority of Tamil Nadu's political parties had appealed for the remission of the remainder of the convicts' sentence and highlighted that the death sentence of Nalini along with three other convicts had been commuted by the Supreme Court to life imprisonment.

CM Stalin stated that the requests for remission & early release had been recommended by the erstwhile AIADMK govt to Tamil Nadu Governor Banwrilal Purohit in 2018 and that the purported obstacle was the pendency of the investigation by the CBI's Multi-Disciplinary Monitoring Agency. The Tamil Nadu CM highlighted that both CBI and the Union Govt had clarified that there was no connection between the remission of the sentence and the investigation and that the President of India was hence the competent authority to decide on the plea which has been forwarded by the Tamil Nadu Governor. CM Stalin appealed to President Kovind to accept the state govt's recommendation & remit the sentences of the convicts in the Rajiv Gandhi assassination case citing the hardships faced by the seven individuals for three decades and citing the courts which were recognising the need to decongest prisons amid COVID-19 pandemic. 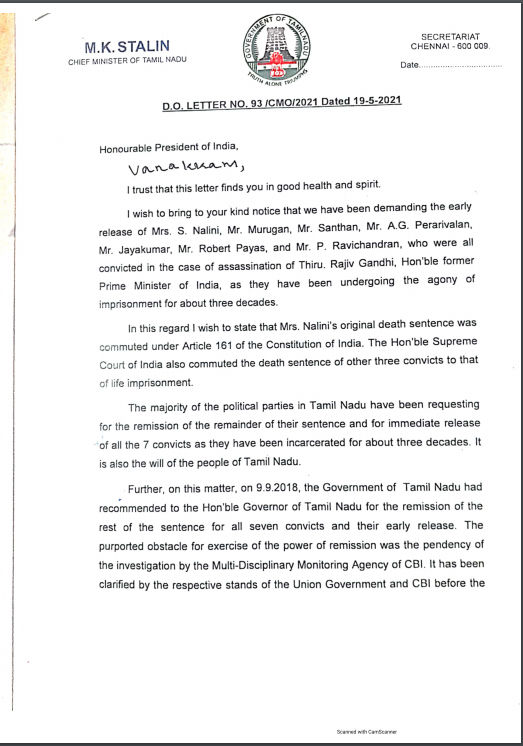 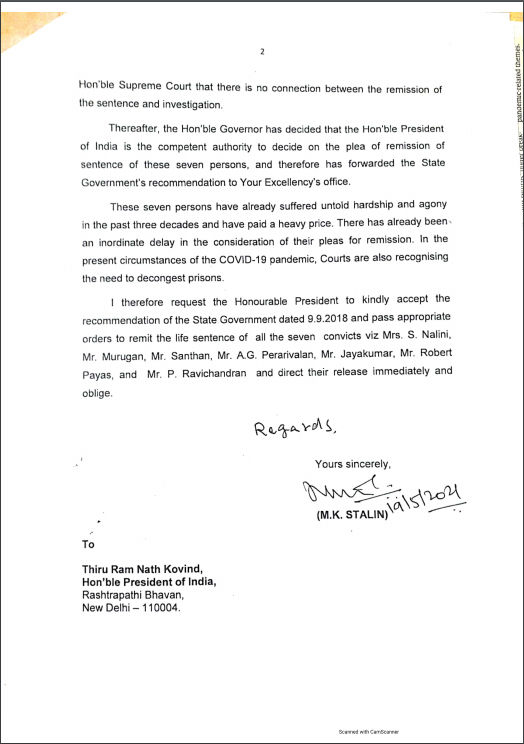 The Tamil Nadu government granted 30-day parole on Wednesday for 46-year-old Perarivalan, a convict in the Rajiv Gandhi assassination case. Making the announcement of Perarivalan's parole on Twitter, Tamil Nadu CM MK Stalin revealed that he had given his nod on the request of the former's mother that parole should be granted on medical grounds. The newly-elected CM, who had repeatedly urged the previous AIADMK govt to push for Perarivalan's release, said that he had considered the request of the convict's mother and had hence granted parole. It is pertinent to point out that DMK ally & Congress leader Rahul Gandhi had earlier said that he did not possess any hatred or anger towards his father's assassins and that that he had forgiven them.

Former Prime Minister Rajiv Gandhi was assassinated by an LTTE suicide bomber during an election rally at Sriperumpudur on May 21, 1991. Several relatives of those killed along with Rajiv Gandhi had opposed the release of these convicts, but the erstwhile AIADMK government had adopted a resolution recommending to Governor Banwarilal Purohit the release of all seven convicts. This move had been vehemently opposed by BJP, which had stated that it would set a wrong precedent to release a former PM's assassins.

Last year in November, the top court had expressed unhappiness over the pendency of Perarivalan's pardon before the Tamil Nadu Governor for over 2 years. The CBI had also asserted that it had no role as far as the relief was concerned stating, "It is for Governor of Tamil Nadu to take a call on the issue whether remission is to be granted or not and in so far as relief is concerned in the present matter CBI has no role. Present petitioner is not the subject matter of the further investigation carried out by MDMA". Thereafter, Perarivalan was granted parole from November 9 to November 23 by the Madras High Court on 'medical grounds.'